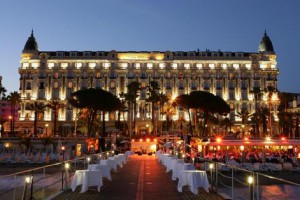 Digital TV Europe and TBI have unveiled the short-list for the first Content Innovation Awards, the latest addition to delegates’ diaries at MIPCOM in October.

The event, which Digital TV Europe is hosting in partnership with our sister title, TBI on the eve of the Cannes show this year, will celebrate the most impressive innovations in TV content and the technology that enables its delivery over the past year.

Key categories for TV channel providers include Best International Networks Group, Channel of the Year and Best New Channel. In the Networks category, global programming giant Discovery will battle it out with Sony Pictures Television and Trace, while Channel of the Year will see Discovery’s UK & Ireland flagship channel compete for the honours with its own sports service Eurosport, Trace Urban HD, Mezzo Live HD and Gusto TV.

Multichannel Networks have been a key investment area for channel groups over the last few years. BroadbandTV, Endemol Beyond and Barcroft Media will be competing for top spot in the MCN of the Year category at the inaugural Content Innovation Awards.

TV is nothing without the shows themselves, and the Content Innovation Awards will recognize the effort that goes into creating and marketing top series with the Best Series Launch of the Year Award, featuring a shortlist that includes Season 4 of Dynamo: Magician Impossible by Discovery, Lip Sync Battle by Viacom International Media Networks, Wataha by HBO Europe and Wolf Hall by the BBC and BBC Worldwide.

With Ultra High-Definition TV now very much seen as on the way, the Content Innovation Awards will see BT, Blue Ant Media, Sky Deutschland, Filmbox and TravelXP compete for the honour of being recognised in the 4K Initiative of the Year category.

TV Everywhere is now a must-have feature for pay TV operators and their content partners, as well as a growing number of free-to-air content providers. Competing for the Multiscreen TV Awards are Liberty Global for Horizon Go, KPN for its iTV service, Nemo TV by Nemo Telecom, The Voice and The Voice Global App by Talpa and Sky Online by Sky Deutschland.

Having a social strategy is now seen as key for programme makers and, increasingly, also for platform operators. The shortlist for our Social TV Innovation of the Year Award includes Keshet/Mako’s Hacking App, Watch with Twitter by Orange, The Box Plus Network’s Vote4Music, Tavgance Media’s Second screen & TV Monetisation Platform for Kanal D and #SansLeMains by Marc Dorcel.

Our overall Pay TV Service of the Year category will meanwhile will see pay TV and OTT providers battle it out in a four way battle between M7 Group, Videocon D2H, Cirkus and YipTV.

For more information about the Content Innovation Awards and to book tickets, visit www.contentinnovationawards.com.