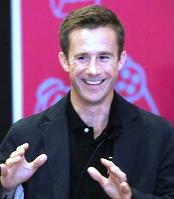 Players across the TV industry feel a “general sense of ‘powerlessness’” to change that is being imposed from those outside the industry, according to a new study by Arqiva.

The white paper on Connected Broadcasting, which was done in partnership with media consultancy Decipher, claims that broadcasters are anxious about a lack of clarity about developments to major platforms, and about the “new reality” brought about by OTT players like Netflix.

“One feeling that came across strongly throughout our research was that of ‘powerlessness’, as the core television players found change being imposed upon them, either by technological developments, outside disruptors or simple consumer demand,” said Arqiva managing director for satellite and media, David Crawford.

“There is a pressing requirement for these businesses to evolve their offering at the same pace as the current technology. The challenge for companies like Arqiva is to deliver all the aspects required of the new blended connected experience in a way that maintains the essential reliability and resilience of the distribution.”

According to the research, broadcasters are “beginning to feel the effects” of television viewing migrating to mobile devices, and don’t expect the “complexion of the landscape to become any clearer in the medium term.”

“The chief concern among several broadcasters is how to respond to the ‘massive proliferation’ of new TV services offering content across “different price points, different operating systems, and different vendors,” according to the report.

The research identified that linear broadcast is still considered to be the core TV experience in the short-to-medium term, but that little impetus yet exists for any of the major channels to consider IP linear distribution.

It also said that most operators are grappling with confusion from a combination of ‘disruptors’ from inside and outside the industry and that the “IP revolution” will be a set of “interconnected, but distinct, revolutions affecting production, media management, distribution and consumption differently.”