TiVo subscriptions up by 30% 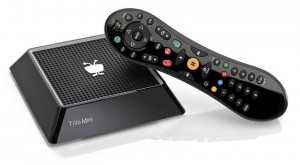 TiVo now claims 5.5 million total subscriptions, up 30% year-on-year thanks in part to a 40% increase in multiservice operator (MSO) numbers.

“The nearly 1.3 million MSO subscription additions we delivered in fiscal 2015 are an improvement from fiscal 2014, underscoring the strength of our domestic and international operator partnerships,” said Rogers.

TiVo earlier announced an expansion of its deal with Vodafone in Spain to upgrade its platform for cable unit ONO.

“During the quarter we made significant strides building new distribution relationships and expanding existing ones, including announcements with Frontier and Vodafone/ONO,” said Rogers.

Overall for the quarter, TiVo reported net revenues of US$114 million (€102 million), compared to US$106 million a year earlier. Adjusted EBITDA was US$24.2 million, up 24% year-over-over, and net income was US$7.1 million, both exceeding guidance.