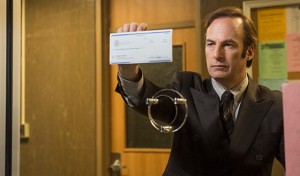 A trio of Israeli pay TV platforms have acquired Better Call Saul in an “unprecedented” deal that sees them all launch the AMC show simultaneously, DTVE’s sister title TBI understands.

Hot, Yes and Cellcom have all acquired the show from distributor Sony Pictures Television, and will launch it simultaneously on their channels tomorrow in primetime.

TBI understands each programming deal with the platforms covers various titles, but all have the Saul caveat.

A source said the platforms had been so keen on the title that they agreed to co-launch it. They added that this was the first time this has happened in a single territory.

Competition for television eyeballs is growing in Israel after leading telecommunications firm Cellcom launched a TV service at the back-end of last year. This led to speculation about potential price wars.

A Cellcom spokesman confirmed it had bought Saul and would launch it tomorrow, while Hot declined to confirm their deal or comment on scheduling. A Yes spokesman said: “We do not comment on any licensing deals, terms nor conditions the company has”. SPT also declined to comment.

The three-way Israeli deal comes as the first episode of the Breaking Bad spin-off, which stars Bob Odenkirk as unscrupulous lawyer Saul Goodman, scored the largest ever cable debut in the US, scoring AMC 4.4 million viewers overall and four million in the crucial 18-49 demo. History’s The Bible took 13.1 million viewers overall on launch in 2013, though this is considered a limited series.

The show benefitted from lead-in from the return of The Walking Dead, whose midseason debut took a huge 15.6 million.

Though the zombie drama’s fifth midseason return was slightly down on that of season four, it – and Saul – were both up against the Grammy Awards, which suffered in the ratings in the face of the competition.

Saul runs on AMC on US cable and on Netflix in Europe and Latin America. The comedy-drama is also a launch title for Nine Network’s SVOD platform, Stan.