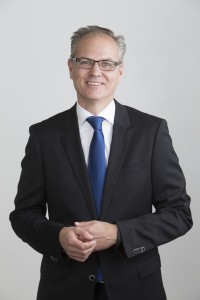 Swedish cable operator Com Hem has passed the 100,000 subscriber mark for its TiVo TV offering, a figure the firm hailed as an “important milestone.”

“We have successfully returned our digital-television business to RGU growth, reaching an important milestone with more than 100,000 TiVo customers and further strengthening the product with 38 new channels added to TiVoToGo. Our TiVo customers now have over 100 channels available on several devices,” said Com Hem CEO Anders Nilsson.

During the second quarter, Com Hem said that the previous negative trend in digital-television revenue generating units was reversed, with growth of 4,000 RGUs. As of June 30, 2014, Com Hem said that it had a total of 599,000 TV customers.

“We have the unique digital-TV product in TiVo with the richest content offering in the Swedish market. We have a significant opportunity in bundling, compared to our international peers with the first step in our bundling strategy due in the coming months,” said Nilsson.

Overall in the quarter, Com Hem reported revenues of SEK1,198m (€129 million) an increase of 8.1% compared to the second quarter of 2013. Underlying EBITDA was SEK566m, an 3.5% year-on-year increase. However, it made a net loss of SEK718m, affected by one-off costs of SEK 680m associated with Com Hem’s June IPO and refinancing of debt.