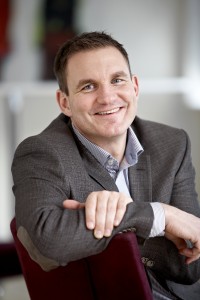 Cloud-based DVR services remain problematic for operators due to restrictions on the use of content rights, according to a panel of cable executives and technologists at content security provider Verimatrix’s ‘Multi-Network Solutions in the Real World’ event, which took place ahead of the main conference sessions at ANGA COM today in Cologne.

Erik Meijer, senior innovation manager at Dutch cable operator Ziggo said his company is ultimately looking to add cloud-based recording as it rolls out its IP-connected CI+ TV service. However, securing rights remains a key challenge, he said. Meyer said Ziggo wanted to be able to offer all content as catch-up content but he said it is unlikely that operators will succeed in the short term, while network-based DVR is also difficult in the Netherlands, he said.

“Network DVR is not economically feasible in Germany. This is really due to the studios because there is no value chain to monetise it,” said Zeller. “Technology-wise you can do a lot but the thing that is lacking is rights and the whole business model needs to be defined. If it was just up to us we would already have a network DVR service up and running, but it is not possible,” he said.

Where content providers insist on operators making an individual copy per user rather than allowing network-based recordings to be shared between multiple users, or where ‘single copy per user’ is mandated by law, the cost of running network or cloud-based DVR services can be prohibitive, according to Thomas Helbo, chief technology officer of Danish cable operator Stofa.

Helbo said that there is always a cost involved in recording programmes in the cloud. “One thing we have discussed is having one instance per customer when making recordings, which doesn’t make technical sense,” he said. Helbo said the economics of network DVR need to make sense for everyone and that it made no sense to insist on a particular way of doing it “just because someone wants to make sure it is a similar service to a DVR in the home.”

Helbo said operators had to make sure they could make additional revenues when they launch new services generally, rather than launch things free of charge . “It is important that we do things in the right way,” he said. Operators have already launched too many services without working out any real way to make money from them, he said.

DVR technology provider TiVo, which has deployed set-top-based DVR services for European operators including Virgin Media, Com Hem and ONO, is talking to new operators and is looking at a move to network DVR with a number of players, according to Joe Weber, vice-president of technology strategy. He said that rights issues remain problematic, not only for network-based DVR but also for allowing viewing on multiple devices, where studios and other content providers currently restrict consumption, typically to five devices concurrently.

Weber said that in the US there are homes with a number of TVs that will continue to require multi-tuner DVR gateways and multiple set-top boxes as well as multiple tablets and mobile phones attached to the gateway. “The number of devices in each home just keeps increasing. The challenges are also to do with the rights issues,” he said.

Steve Oetegenn, president of Verimatrix, said at least one operator had wanted licences to allow viewing on 30 devices concurrently. However, he said, studios want to extract maximum return on their investment and prevent, for example, two households in an apartment block sharing content. Oetegenn said that, with IP-based content security technology, it is possible to limit locations and IP addresses , enabling providers to restrict consumption to a single authenticated household.

In addition to the ability to record, operators increasingly want to support viewing on multiple devices inside, and ultimately outside, the home, leading to an onward migration to IP-based video. Attendees at the Verimatrix event heard that operators are at different stages in making the transition to IP-based video, driven not only by the need to deliver multiscreen services but by mergers between cable and other service providers with IP-based fixed-line assets.

Meijer said that Ziggo currently has IP video for multiscreen devices inside the home, alongside its DVB-C network. “For IP video the next step is to go outside the home,” he said, adding that Ziggo will be able to use its extensive network of IP hotspots based on users’ in-home WiFi routers to deliver out-of-home connectivity.

Meijer said Ziggo is also thinking about migrating its on-demand services “and perhaps some niche linear channels” to IP. “More and more capacity will be used for IP, with less for broadcast,” he said.

Kabel Deutschland currently only offers a classic cable TV service without multiscreen distribution but the acquisition of the company by mobile giant Vodafone is likely to expedite the launch of the latter and accelerate migration to IP video, said Zeller.

He said that the Vodafone acquisition means that Kabel Deutschland is becoming a converged service provider. While integration of IT systems and the development of converged services will take some time, the pair will initially launch jointly branded services with a new brand identity.

Zeller said Kabel Deutschland is “not yet hybrid” in the sense of offering IP linear channels on its cable network. However, Vodafone is offering IP services on its own fixed-line network.

In terms of the future direction of the cable network’s migration to IP technology, Zeller said there would likely be “a race” between DVB-C2, the new DVB standard for cable broadcast, and high-speed data standard DOCSIS 3.1,. He said it is likely that Kabel Deutschland will eventually opt for IP video over DOCSIS 3.1 in the future, rather than a widespread deployment of DVB-C2. “Ultimately you want to be an all-IP network end to end,” he said.

Helbo at Stofa said that about 50-60% of customers at Stofa currently have a broadband package enabling them to view multiscreen TV services from the operator. Public broadcasters’ catch-up services have also been made available on the platform and Stofa has launched a ‘restart’ service as part of its catch-up functionality.

Helbo said that most consumption of video remained within the home, largely due to the cost of consuming content on 3G and 4G networks. Most out-of-home consumption is on WiFi and viewing sessions are significantly shorter when people are out of home. Most viewing is on phones out of the home rather than on tablets, he said.

Helbo said that the acquisition of Stofa by energy utility SE, which has also rolled out its own fibre network, means that the company will migrate to IP video over time. Stofa is now running cable and IP video services, with hybrid boxes deployed in homes.