RTL sees boost from streaming as COVID-19 takes its toll 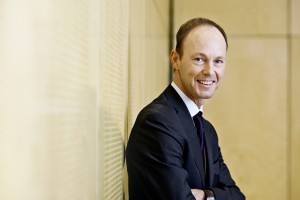 RTL has seen significant growth for its streaming services in the Netherlands and Germany even as its core advertising business was hit by the impact of the COVID-19 crisis.

The broadcaster’s streaming revenues for its German TV Now and Dutch Videoland services were up 23.1% year-on-year to €80 million for the first half. The number of paying subscribers to the two services grew by 45.2% to 1.77 million over the same period.

CEO Thomas Rabe said that the company’s goal for TV Now and Videoland remains to grow their paying subscriber base to between five and seven million, with streaming revenue of at least €500 million and break even by 2025.

He said that “the growth in paying subscribers and streaming revenue in the first half of 2020 is in line with the ‘boost’ plans we presented in March”.

RTL said that TV Now is continuing to expand its content offer, with a substantial increase in TV Now originals of around one new format per week – including 11 new German fiction series – for the upcoming season 2020/2021. The service will also stream matches from the UEFA Europa and Europa Conference Leagues, starting with the 2021-22 season.

M6 is building Bedrock, which will serve as the tech platform for Salto. The Bedrock tech platform will also be used by Videoland in the Netherlands, as well as the RTL services in Belgium, Hungary and Croatia.

Adjusted EBITDA for the first half more than halved from €538 million to €258 million.