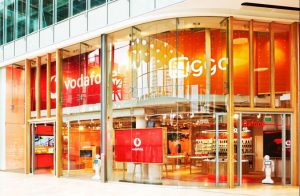 Liberty Global and Vodafone’s Dutch JV VodafoneZiggo is to restart the phased digitisation of its cable TV service, suspended earlier due to the COVID-19 lockdown.

The company is restarting the operation to fully digitise its analogue cable TV service in the Leiden-Amstelveen and Hoogeveen-Meppel regions,which will see their analogue TV signal shut down on the night of Monday September 28.

The relatively small number of remaining analogue subscribers on the network will receive a number of extra channels when switching to digital, including Ziggo Sport, featuring live Formula 1, Champions League football and the English and Spanish football leagues, along with Dutch regional channels and public services NPO 1, 2 and 3 in HD. Subscription costs remain the same for switching customers.

“Over the years, a lot has changed in the field of TV. The picture went from black and white to colour and the antenna disappeared from the roofs. Now we watch TV on mobile and tablet as well as on the television screen. Viewing analogue TV is minimal. The analogue TV signal will therefore shut down, and we will supply all our customers with digital cable TV via the same cable. We will continue to innovate and build a network of the future that is even faster, more stable and smarter This is GigaNet, the powerful network of Vodafone and Ziggo,” said Jeroen Hoencamp, CEO of VodafoneZiggo.