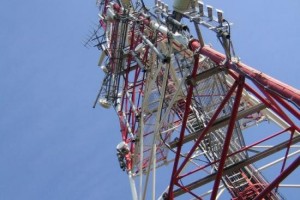 Lucuaussy takes over the reins of the organisation from Josep Ventosa, director of Cellnex Telecom’s Spanish unit.

Brussels-based BNE groups together 17 transmission services providers from 19 European countries and is dedicated to the promotion of universal free-to-air TV. TDF has been a member since the organisation was created in 2010.

Lucaussy will use his presidency to promote terrestrial distribution of digital TV and radio, including projects to modernise digital-terrestrial TV networks, notably through enabling the transmission of UHD TV over the air.

Lucuassy said: “It’s an honour for me to represent the 17 European distributors in the association. I will be dedicated to promoting the interests and modernisation of digital-terrestrial television and radio in Europe. With the lockdown associated with Covid-19, European citizens have shown their support for terrestrial distribution, which has demonstrated its importance and universality.”

Separately, French copyright collecting society SACD, which represents the interests of authors of TV and film, has named director and journalist Jean-Xavier de Lestrade as president for a renewable one-year term. De Lestrade had previously served as president of another copyright society, SCAM, for two years from 2011.