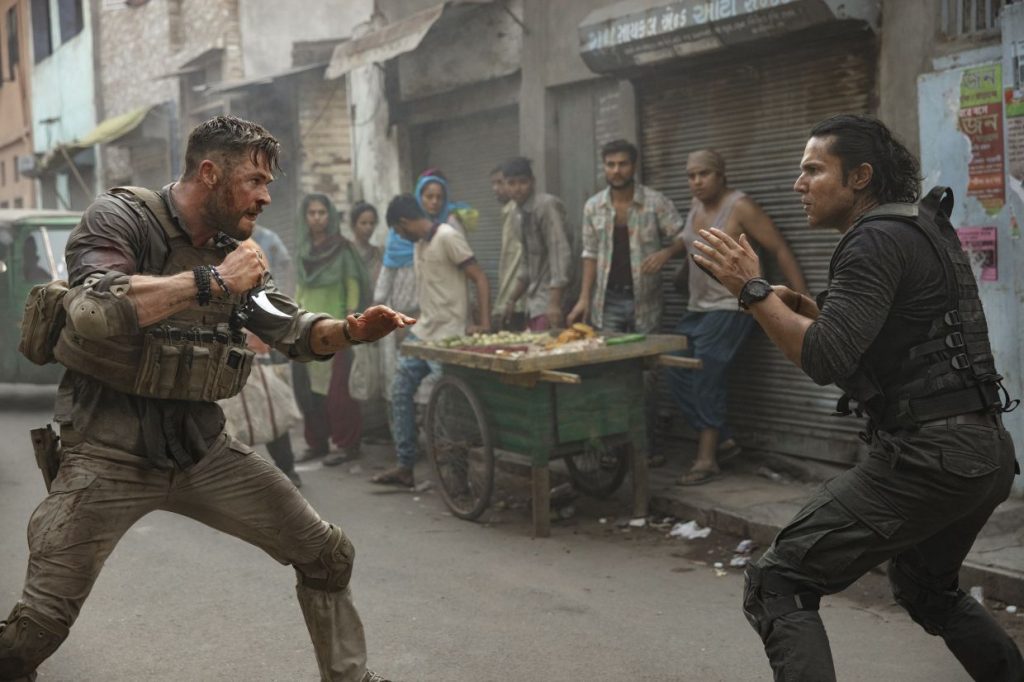 Netflix’s latest big budget gamble is set to pay off, with Extraction on course to be the streamer’s most-watched original movie ever.

In a statement on Twitter, the SVOD announced that the Chris Hemsworth vehicle “is well on its way to becoming the biggest-ever film premiere on Netflix – with a projected 90 million households getting in on the action in the first 4 weeks.”

Hemsworth took to Instagram to show his appreciation of the movie’s viewers, saying: “I just want to say a massive thank you to everyone that checked out Extraction. You’ve made it the number 1 film on the planet right now.”

While only a projection, this would put it on course to exceed the four week total of 73 million for Jennifer Aniston and Adam Sandler comedy Murder Mystery. Other prominently performing originals from Netflix include rom-com The Perfect Date (which attracted 48 million viewers in its first four weeks), teen flick Tall Girl (41 million), Secret Obsession (40 million) and Always Be My Maybe (32 million).

However, it is difficult to compare these statistics to cinematic box office figures. For starters, viewers don’t need to pay any extra or even move from their sofas to watch Netflix’s original movies. Netflix is also slightly wooly in its transparency, with it saying that watching two minutes of any given film or TV show counts as a view – even if the user then switches off.

The US$65 million Extraction was originally made available to viewers on April 24 and has received mostly mixed reviews, though audiences don’t seem to mind. The overwhelming viewer success of Extraction is likely to inspire comparisons to Netflix’s 2017 action fantasy film Bright, which drew a more overtly negative response from critics.

The company’s CEO Reed Hastings even chimed in on the debate, arguing that “critics are pretty disconnected from the mass appeal” – a sentiment backed up by a Nielsen estimate that an average of 11 million people in the US were watching the Will Smith-starring film during any given minute over its debut weekend in December 2017.