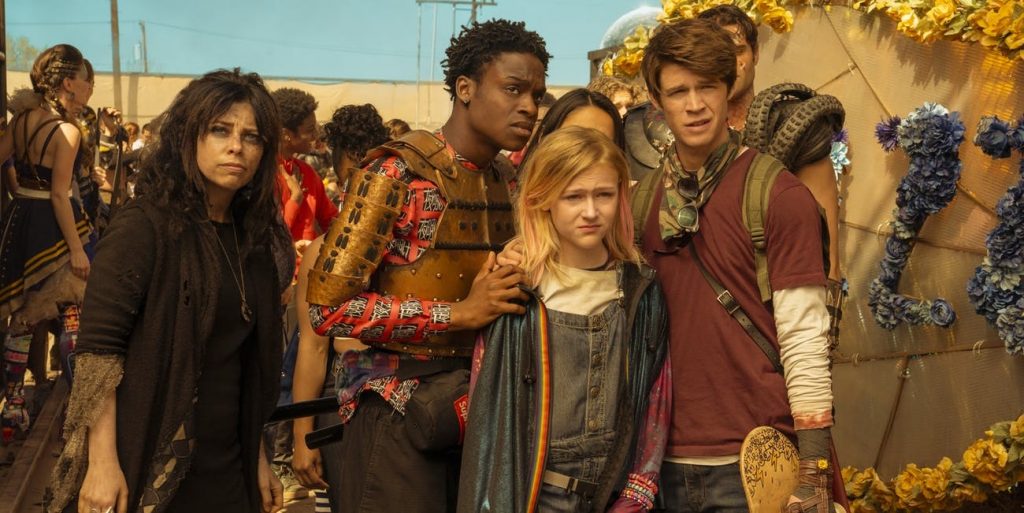 The first to be announced is The Only Podcast Left, which serves as a fictional companion piece to new teen zombie comedy show Daybreak. Taking place in the same universe as the show, the podcast will be about a group of apocalypse-dwelling teens who make a podcast.

Podcasts are not a new phenomenon for the streamer. Netflix already runs a couple of companion podcasts for some of its shows such as an interview series with the streamer’s true crime drama filmmakers called You Can’t Make This Up and a behind-the-scenes podcast about Stranger Things.

Speaking to Variety, Netflix podcast and editorial team lead Rae Votta touted the freedom that podcasts have given creators to “to explore and go deeper into elements of their stories”, adding that the company views “original scripted podcasts as the next level in world exploration.”

The six-part series launches on November 7 exclusively on Spotify until November 12, when it will be released on other platforms.

Spotify, traditionally a music service, has heavily invested in podcasting of late in an effort to further its status as the leading audio platform globally. In February, the company made waves with the US$230 million acquisition of digital media company and podcast network Gimlet Media.

Lauren Jarvis, head of content partnerships for Spotify in North America, said that the concept of a scripted companion podcast “is an exciting new format for the medium.”

It is unclear whether Netflix intends to produce other scripted podcast series, though the performance of The Only Podcast Left is likely to inform the company’s strategy.

Companion podcasts are growing in popularity, with HBO earlier in 2019 releasing a documentary series to accompany the award-winning Chernobyl. CBS is also reportedly looking to release a similar podcast to run alongside Star Trek.

Even organisations as niche as the WWE are getting involved with podcasting. The wrestling company in August announced that it has partnered with Endeavour Audio to launch a podcast network. The first show to be released by the new WWE Podcast Network is a show called After The Bell, hosted by commentator Corey Graves and providing a “provocative” look at the company’s weekly TV shows.