British dramas Bodyguard, Killing Eve and McMafia were the top programmes requested on BBC iPlayer in 2018, according to official BBC stats. 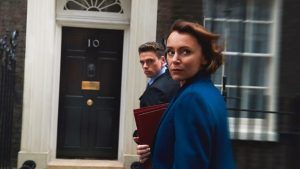 The broadcaster said that the first episode of Bodyguard was its online streaming service’s biggest ever programme, with 10.8 million requests across the year.

All six episodes of the drama appear in iPlayer’s top ten programmes of the year, with the other four spots occupied by episodes of Killing Eve.

The first episode of Killing Eve notched up 9.2 million requests, making it the second most-popular single programme of the year.

In series terms, McMafia was the third most popular show, with episode one receiving 4.7 million requests on iPlayer. Doctor Who took fourth place, followed by Keeping Faith, The Cry and Dynasties.

“In 2018 we saw people who use iPlayer increasing the amount of time that they spend watching programmes on it,” said Dan McGolpin, controller of programming for the BBC.

“Over the last 12 months viewers have enjoyed an increased number of box sets, along with other upgrades such as a selection of live Ultra HD programmes and increased personalisation.

“In a fiercely competitive market, with global streaming companies investing more and more in content, the challenge for 2019 is how to ensure that audiences can enjoy the full range and breadth of BBC programmes on iPlayer.”

For the full run-down of iPlayer stats, click here.