Sports-media technology company, Deltatre, has agreed to buy OTT software firm Massive Interactive in a deal worth roughly US$127 million. 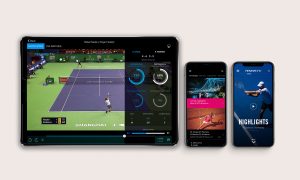 Deltatre said that the combined company will be the “largest independent OTT solution provider in the world,” with the deal helping the company to expand into the entertainment industry and widen its geographic reach in the Asia Pacific region.

The deal gives Deltatre valuable new UX capabilities. Massive will operate as a division of Deltatre, which at the close of the deal will have 18 offices worldwide and nearly 1,000 full-time staff.

“This shift to OTT is accelerating throughout the world, and the ability to customise individual viewing experiences and create genuine consumer engagement is vital to the movement,” said Deltatre co-founder and CEO, Giampiero Rinaudo.

“The acquisition strengthens our leadership positions and expands us both globally and into important growth areas. Massive is a brilliant company and a fine addition for Deltatre.”

Massive co-founder and CEO Ron Downey described Deltatre as “the ideal partner” to help accelerate its global growth strategy, claiming the merged company will be “the leading B2B vendor for live and OTT video platforms globally.”

“The integration of our targeted UX platform, Massive AXIS, with Deltatre’s robust product portfolio will combine to offer our customers a highly scalable, quick-to-market solution that drives engagement and increase the profitability of over-the-top video services.”

Deltatre was founded in Italy in 1986 and now has 12 offices in Turin, London, Hamburg, Munich, Los Angeles, New York, Sandy Utah, Singapore, Mumbai, Paris, Geneva and Tokyo. Alongside OTT and live streaming, it offers a range of solutions including websites and apps, broadcast production services, and live and studio graphics playout.

Commenting on the Massive deal, Pyne said it “adds another dimension to its [Deltatre’s] value proposition to the sports industry and expands the company into entertainment sector which will quickly see the value of Deltatre’s three decades of game-changing media innovation.”

Massive was founded in 1996, is headquartered in London and has offices in New York, Sydney and Prague. Its clients include DAZN, Deutsche Telekom, Foxtel in Australia, Sky New Zealand and YouView in the UK.

The Deltatre-Massive deal follows a number of acquisitions in the OTT technology space in recent years, the most high-profile of which have seen media companies buy and take technology providers in-house.

Endeavor, the parent brand of companies including WME, IMG and UFC, agreed to buy NeuLion in March in a deal valued at roughly US$250 million (€200 million).

Meanwhile, Disney agreed to pay US$1.58 billion (€1.34 billion) to up its stake in BAMTech to 75% last August. The video streaming technology firm is being used to underpin Disney’s push into direct-to-customer streaming services, including ESPN+ and its forthcoming Disney SVOD service.