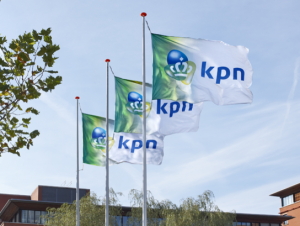 Now in test phase, the partners say users will receive personalised viewing tips and customised ads, which will reach specific groups in a more targeted way. However, they stress that users will only receive more targeted ads if they agree to it.

“We want to make TV viewing more personal and relevant for customers,” said Joost Steltenpool, who is responsible for Products Consumer Market at KPN. “That is why we are starting this test with Talpa Network’s channels.”

Steltenpool says the custom advertising being tested on KPN’s platform is similar to what has been used on the internet for some time, though he reiterated that: “Our customers ultimately decide whether they want this.

“We also want to offer tips that match their interest and preferences. A customer who watches documentaries on a specific subject, will be alerted to similar shows.”

The initial test, from October, will involve KPN employees who are also customers. They have given KPN permission to use their customer data, including viewing behaviour.

The trial starts with SBS6, but will later add Veronica, Net5 and SBS9. After the test with employees, KPN wants to offer tailor-made advertising on a larger scale.

All data used will only be known to KPN and not made available to third parties. Customers can withdraw permission at any time.