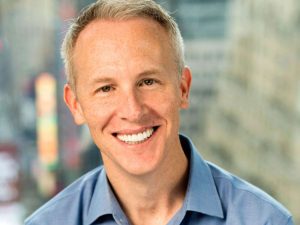 Atkins, who has previously held senior roles at Discovery and HBO, started at Stylehaul this week.

In his new role he will work closely with Stylehaul CFO Melanie Kirk, who has been interim CEO since the departure of former chief executive Stephanie Horbaczewski in July.

In time, Atkins is also due to take on an expanded role as RTL works to bring about more collaboration between its stand-alone multi-platform network (MPN) businesses.

He is in line become CEO of a newly formed group of MPNs, combining StyleHaul, Divimove and United Screens during 2019.

This is part of RTL’s broader ‘Total Video’ strategy, through which it aims to build a profitable and global digital video group that targets young audiences with short-form video content.

“I am delighted that with Sean Atkins joining the team, we have a seasoned media executive, with extensive expertise across all the disciplines crucial to lead StyleHaul – namely content creation, sales and talent management, as well as digital and social media,” said RTL CEO Bert Habets.

“Sean’s strong digital skills, and his many years of experience in the media industry, make him the expert leader for our soon-to-be formed global MPN group.

“I warmly welcome Sean to his new role and wish him every success – and I am very much looking forward to working with him to further drive the development of StyleHaul and our global MPN businesses.”

Atkins was most recently served as a senior advisor to Evolution Media and was president of MTV, based in New York, for two years from 2015-2017. Before that, he worked in various executive roles for Discovery Communications, HBO, Yahoo!, Warner Bros. and Disney.