Netflix has appointed former Disney executive Christie Fleischer as it looks to boost its consumer products portfolio for Netflix original series and films. 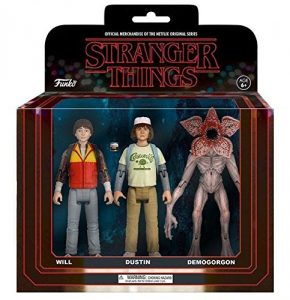 Based in Los Angeles she will lead a team focused on developing each of these areas, pointing to a greater effort by Netflix to go compete in this area with the likes of Disney, which has a products and licensing business that extends across toys, apparel, home goods, and digital games and apps, not to mention its theme parks and resorts around the world.

Fleischer joins Netflix from the Walt Disney Company, where she was most recently head of merchandise for parks, experiences and consumer products – leading a global business focused on product strategy, product development, creative, sourcing, supply chain, and logistics across Parks and Resorts, Disney Stores, and licensing.

Prior to this, Fleischer worked at Disney as senior vice president of retail and merchandise for Parks and Resorts, where she oversaw merchandise product strategy, product development, planning, visual merchandising, store design, supply chain and logistics.

“Christie brings a wealth of experience and creativity from the consumer products world. She has helped to build some of the world’s most beloved brands and we’re thrilled that she will join us to give our fans more opportunities to interact with Netflix in new and exciting ways,” said Kelly Bennett, Netflix’s chief marketing officer.

Fleischer said: “With the amazing series and films being developed [by Netflix] on a global scale, we have the opportunity to truly revolutionise the way people engage with the characters and shows they love. With the creative freedom offered here and the global audience, there’s a huge opportunity to deliver a best-in-class experience for people wherever they are.”

Netflix did its first merchandise deals last year when it started selling Stranger Things products, including action figures, and CEO Reed Hastings told Variety earlier this year that “we’ll be doing more of that over time”.

In the same Variety interview, Hastings said that Netflix IP-based theme park rides “would be amazing,” but is not something the company plans to pursue in the short-term of the next five or ten years.

Separately, Disney announced a strategic re-organisation in March that saw it merge its Consumer Products and Parks operations into one segment. Commenting at the time, Disney CEO Bob Iger said the move would combine the company’s strategy and resources “to produce even more compelling products and experiences that bring our stories and characters to life for consumers.”

Walt Disney Parks and Resorts chairman, Bob Chapek, assumed additional responsibility for all of Disney’s consumer products operations globally, including licensing and Disney stores, as part of the structure. He was appointed chairman of Disney’s new Parks, Experiences and Consumer Products business segment.