The UK has selected the West Midlands as home to the country’s first multi-city 5G testbed, as part of a multi million pound high-speed connectivity trial. 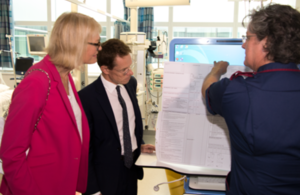 According to the government, the trial will pave the way for the future rollout of 5G across the UK, with the West Midlands to be the first region to trial new 5G applications and services at scale.

The Urban Connected Communities Project will develop a large-scale, 5G pilot across the region, with hubs in Birmingham, Coventry and Wolverhampton.

Up to £50 million is currently available for the project, including £25m from the Department for Digital, Culture, Media and Sport (DCMS) and a further £25m match funding from regional partners.

The government said an additional £25m may be made available at a later stage.

“5G has the potential to dramatically transform the way we go about our daily lives, and we want the citizens of the UK to be amongst the first to experience all the opportunities and benefits this new technology will bring,” said minister for digital, Margot James.

“The West Midlands testbed, which is the first of its kind anywhere in the world, will be instrumental in helping us realise this ambition.”

The West Midlands Combined Authority will now work with the 5G testbeds and trials team at DCMS and industry partners on preparing the formal business case for approval. The first of a series of projects expected to go live early next year.