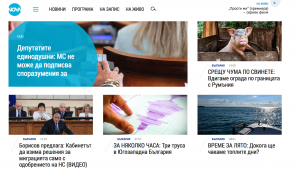 The watchdog said that the deal could reduce competition in the media and advertising market, citing Nova’s leading position in the media services market and the participants’ overlapping interests in the field of online trading.

It said that the combination of Nova with Kellner’s existing assets in the country could give the acquiring company the ability to distort competition in the market and adverselely affect the interests of end users.

MTG said it was “surprised by the decision” and that it would “review it further before deciding on the next steps to be taken”.

MTG agreed in February to sell 95% of Nova to Kellner, the richest man in the Czech Republic, according to Forbes, for SEK1.53 billion (€185 million).

The sale was part of MTG’s on-going transformation from a broad-based free and pay TV broadcasting company to become a digital entertainment-focused business, including a withdrawal from international ventures outside the Nordic region that also saw it complete the sale of urban youth-focused media outfit Trace in the second quarter.