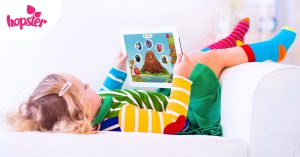 While details of the raise were not disclosed, Hopster founder and CEO, Nick Walters, said the company will use the money to “keep doing what we pledged: provide a safe, ad-free and nurturing digital environment for preschoolers.”

“We recognise digital is a crucial element to our business, particularly in the kids’ market where tablets are the choice of device for our audience,” she said.

Sony Picture Television Networks initially took a minority stake in Hopster in October 2016 and holds a seat on the company’s board. Its existing kids brands include POP, Tiny Pop, POP MAX and POP FUN.