The number of Ultra HD channels broadcast around the world has grown by 26% in the past six months to reach 125, according to Eutelsat research. 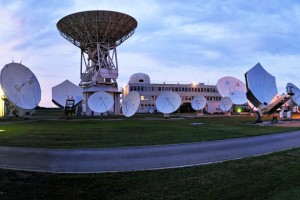 The latter are the first two terrestrial 4K linear channels to broadcast anywhere in the world and are both available in South Kora, according to Eutelsat’s research.

At MIPCOM in October the figure stood at 99 channels, said Vaccarone, with Stingray making it 100 by launching Ultra HD music channel, Stingray Now 4K, at the market.

“Ultra HD is well ingrained – it’s no longer a matter of if, but it’s more like a matter of when it’s going to become a de facto standard,” said Vaccarone.

While she acknowledged some industry impatience about UHD’s rollout and uptake, Vaccarone said that even HD is not yet ubiquitous – despite its wide acceptance.

According to Eutelsat’s stats, just 27% of the total global number of TV channels – some 11,700 – are in high definition, despite the first digital HD commercial channel coming to the market in the US in 2003.

“We, especially in the Western World, consider HD now to be the de facto standard,” said Vaccarone. “But it’s actually still only a little over a quarter of the number of channels that are available worldwide.

“My main message is: for Ultra HD it’s slowly but surely getting there. There’s a traction which is happening. It’s going to take some time, but there’s no doubt about it.”

Eutelsat itself now says it carries 17 Ultra HD channels, giving it a 33% market share of the 52 UHD channels available globally on satellite.