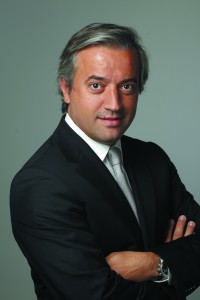 Variety reported that Delport was in advanced negotiations to join Vice, reporting to recently appointed CEO Nancy Dubuc when she takes over the chief executive role from Shane Smith. According to the US trade paper, Delport will be based in Vice’s London office.

DTVE sister title TBI understands that Delport’s taking the international role at Vice is still under negotiation and that his precise job title at the company has also yet to be finalised.

At Vivendi, Delport led the creation of Studio+, the company’s short-form content platform targeted at Millennials and mobile consumption. The service launched in the US late last year, having earlier launched in Brazil, Latin America and France.

Vivendi’s wider plans for an international content play were stymied by the company’s falling out with Mediaset, its preferred partner, which forced it to shelve plans to build a European equivalent of Netflix that would serve as a home for European content.

In France, Vice Media collaborated with Vivendi-owned Canal+ to launch a local version of its Viceland channel in 2016.

Separately, the Viceland channel is to expand its distribution in the UK by launching on the TalkTalk TV platform, part of what it sould would be “a number of new distribution deals” this year.

The channel, which is already available in the UK on Sky’s platform as well as its Now TV OTT TV service and OTT platform TVPlayer, will be available via TalkTalk’s set-top boxes and its TV app on multiple devices.