European Commissioner for digital Mariya Gabriel has called for the creation of a searchable pan-European directory of films that are available online to be set up by the end of this year as part of the EC’s #Digital4Culture initiative. 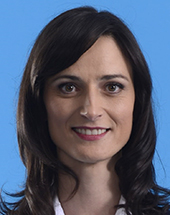 Speaking at the Berlinale 2018 European Film Forum, Gabriel said that the catalogue would initially be set up as a tool for professionals to identify the countries in which films are accessible and available for commercial exploitation.

A second phase will see it opened to the public with a view to facilitating access to European movies online, irrespective of their country of origin.

She said she would organise a series of meetings of interested parties, beginning yesterday in Berlin, to take the project further.

Gabriel also used her speech in Berlin to call for a reform of copyright that would match the evolution of technology platforms. She said that the EC’s proposals for reform called for stronger protection of rights-holders through a set of measures that would enable them to decide if and under what conditions their works would be distributed by digital platforms.

Gabriel said that she was also hopeful of a rapid conclusion of inter-institutional negotiations on the proposed reform of the Audiovisual Media Services directive, which includes measures to force video-on-demand providers to respect quota requirements for works of European origin and to make a financial contribution to the production of European works.

Gabriel’s comments come after EC vice-president Andrus Ansip last week called for bolder moves to create a digital single market for audiovisual content, with an extension of the ‘country of origin’ principle “ to make it easier for broadcasters to license material and promote their programmes around the EU”.

EU institutions are currently in the process of beginning negotiations on new rules for cross-border online trading.

The EC has proposed wide-ranging changes to make online TV services available across borders without restriction. However, the EU’s other institutions – the European Parliament and the European Council – have taken a more cautious stance. The parliament voted to water down the EC’s proposals, supporting instead measures that only provide for portability of news and current affairs content, while the Council has supported a limited application of the ‘country of origin’ principle, excluding all sports events and all works co-produced by the broadcaster in question as well as content licensed to broadcasters by third parties.