Eutelsat has grown the number of free-to-air HD channels it broadcasts in the 7/8° West video neighbourhood, which covers the Middle East and North Africa (MENA), by 44% year-on-year. 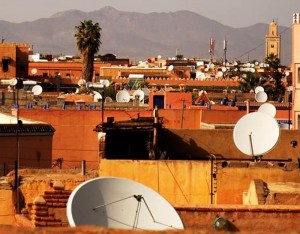 Announcing the stats to coincide with the CABSAT Dubai trade show, Eutelsat said that as of this month it is now broadcasting more than 110 free-to-air high definition channels across the MENA region.

“This acceleration, which once mainly applied to Gulf countries, now applies to the entire region, especially Levantine and North African countries,” said the company in a statement.

Including both pay and free-to-air, Eutelsat said that HD content now broadcasts on 187 channels in the 7/8° West neighbourhood and claimed that the pace of HD adoption is accelerating in the MENA region.

“According to Eutelsat’s latest TV Observatory report relating to Algeria, Egypt, Morocco and Saudi Arabia, HD-equipped homes at 7/8° West neighbourhood are now reaching 20.6 million (66% of TV homes), up from 10.7 million in 2016,” said Eutelsat.