Freesat adds Motorsport.tv to its line-up 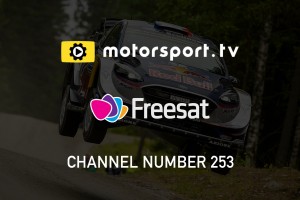 The racing and automotive channel will be available in as part of Freesat’s news and sports offering on channel number 253.

The move marks Motorsport.tv’s first steps into subscription-free TV in the UK and also underlines Freesat’s focus on offering its viewers as much free sporting content as possible.

Motorsport.tv’s vice-president of distribution, Roberto Perez said: “Motorsport.tv‘s launch on Freesat boosts our reach to more than 27 million households across the world.

Motorsport.tv first launched as Motors TV in France in 2000 and has since expanded to cover multiple European territories in several languages, having rebranded as Motorsport.tv in March 2017.

Freesat provides more than 200 channels of free recordable TV, as well as access to catch-up and on-demand services like BBC iPlayer, ITV Hub, All4, YouTube and Netflix.