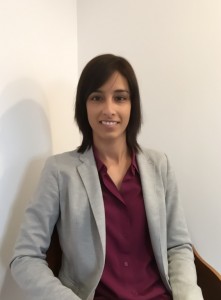 Preeya Naul, director of publisher solutions at Rightster, looks at the impact of Vice and other developments in the online video world at the recent MIPTV in Cannes.

I recently attended MIPTV’s ‘Digital Fronts’, a unique part of the annual event that was launched last year to debate the future of TV and digital content. With talks from a host of esteemed industry experts, there were some riveting insights about how the industry can create, monetise and distribute content in today’s complex online ecosystem.

As a recent hire at Rightster, a multi-platform video network, I remain particularly focused on the discussion and buzz around Multi-Channel Networks (MCNs). It continues to be a focal point in the industry and there is a necessary partnership between those who create content and those who can manage, distribute and monetise that content at scale, both on and off YouTube.

What was evident at the event is that publishers increasingly need more and more video content, and MCN’s can offer them access to it. The basis of every website is moving towards video which will be supported by text, not the other way round. This marks a real turning point in how we think about the production and distribution of video.

One of the sessions I found particularly thought-provoking was the MIP Digital Screening on Vice. Vice has come a long way in defining formats for video production and continues to create relevant and compelling content. Having joined Rightster in March from ITN Productions – where I spent the last four and a half years heading up digital distribution of video news content – it’s clear that what Vice has achieved with ‘Vice News’ is what every news organisation seeks to achieve in terms of audience and reach.

Not only does Vice successfully programme short form content, the company has also announced a new daily 30 minute news show for HBO launching later this year, a daily short form show exclusively for mobile, both in addition to the company’s strategy to release two feature films per year with major movie distributors.

This isn’t all though, Vice also announced its new ‘Broadly’ channel that will launch in late 2015 and will be targeted at ‘powerful millennial women’. I may not be considered a millennial myself but, nonetheless, this really excites me as it recognises women as strong, intelligent, free-thinkers and, to advertisers, powerful spenders.

Production formats were still on the agenda as discussion points at ‘Digital Fronts’. It’s claimed that viewers are often consuming content for just two to three minutes, “because we have become the most distracted society in human history” (B.Bough). However, this consumer behaviour that tends to prefer ‘snackable content’ is less a result of our attention spans and more about the platforms we use to access that content. Consumers are more likely to view short form content on smart phones so if they fail to watch to the end, it’s more about the fact that they’re viewing in short bursts, quite possibly while out and about.

While short form content is becoming more popular, long form continues to hold strong – as highlighted by our widespread series addictions on Netflix – and broadcasters continue to deliver shows such as Broadchurch and The Missing that deliver strong ratings.

With so much to learn about the way consumers engage with video and how content producers are trying to adapt to meet these changes, the key takeaway for me was thus: produce great content and, regardless of length, people will stick around to watch it. The challenge for many is in finding the audience.