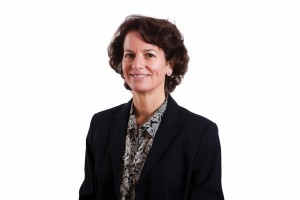 Last year’s highlights We aired locally produced series in all of our major markets this year, which is a first.  Romania, the Czech Republic/Slovakia, and Poland all got first seasons of In Treatment and Hungary saw in Tarsas Jatek. This  is a milestone for us. We continue to produce documentaries, and I have to say I am more and more enthused by our prospective slate. The other fantastic development has been our ongoing rollout of HBO Go, which is now in most of our markets.  We continue to work on our multi-language, multi-device software, and it will be a very strong tool going forward.

Most significant industry development I would say the political implosion of News Corp. Shocking – and if it’s all true, then it’s all overdue.

Goals for next year On the original production front we will increase volume and begin to produce truly local stories. For HBO Go we will be rolling out our multiple screens and handling more and more devices, like connected TVs.

Industry challenges and opportunities Continuing to understand and regulate what all of the OTT changes are doing to the monetization of content.  The Netflix changes are a good example of this – when studios and channel providers begin to realize that in the pursuit of short term cash they are wrecking their long term business model.  We are still trying to find the right business structures for the future – it’s both the challenge and the opportunity.

Alternative career choice I am sure I would have liked to work in cartoon animation.  If I could have had a teeny tiny role animating a Pixar film, I would have been very happy.   TV character most identified with Nyusha from the Russian terrestrial station CTC’s cartoon Smeshariki.  This is a little animated pink pig who is the pivotal girl in the cartoon.  She is overly busy, a romantic daydreamer, and eats far too many sweets… As a result, her life is full of tragi-comic and unintended consequences!

Most admired personality Angela Merkel and Christine Lagarde.  I admire women who can make it so far.  I can only imagine how they have managed their positions and their families.  Life outside work Spend time with my lovely daughter and my funny dog.

Life outside work Spend time with my lovely daughter and my funny dog.