VOD provider Rakuten TV has big plans this year, including considering SVOD launches in Europe and an investment in movies to help push the case for getting them on the small screen faster. CEO Jacinto Roca talked exclusively with Stuart Thomson about his plans. 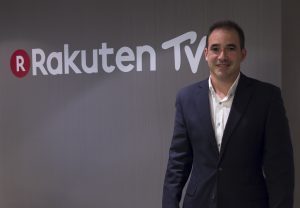 Rakuten TV, the transactional video-on-demand service provider that currently operates in 12 international territories, has big plans to expand its offering, including the possible launch of a subscription service outside of Spain for the first time and a push to create “the cinema experience at home” through shortening the window between cinema distribution and the appearance of movies on digital platforms.

According to CEO Jacinto Roca, Rakuten TV now has over five million registered users, with about 20% being active in any one year. Revenues are growing by 40% year-on-year, driven by take-up of the service in the UK market, he says. Growth in also strong in Spain, and relatively strong in Germany and France thanks the presence of its e-commerce giant parent, Rakuten, in those markets. Elsewhere, says Roca, growth is “healthy but slower”.

To boost its brand recognition across Europe, Rakuten TV has become sponsor of top Spanish and international football club Barcelona.

This focus on the big TV screen rather than mobile or laptop chimes with Roca’s vision of ‘the cinema at home’. “Our unique proposition is to create the best cinema experience in the living room,” says Roca. To this end, the company has obtained rights to the latest Hollywood releases from the majors, enabling it to delivery what Roca describes as “something unique” in the market. In order to further enhance this proposition, he says Rakuten TV, which has already “invested heavily” in 4K content, is now bringing HDR to the party, initially Samsung Tizen UHD HDR TVs.

While the principal focus has been on movies and transactional VOD, in Spain Rakuten TV also offers a subscription service that brings family content from Disney to its users for a monthly fee.

He says that Rakuten TV is now considering launching a version of the subscription video-on-demand service it currently provides only in Spain in other markets before the end of this year.

Roca says that the SVOD offering will be “family-focused” and will complement Rakuten TV’s core proposition, which is to present itself as “the cinema at home” with a strong movies-on-demand offering.

“We are testing how to combine [SVOD] with the cinema at home,” Roca told DTVE. “We are considering a rollout in other territories for 2018, which will complement the cinema-at-home proposition.”

The Spanish subscription service is anchored in Rakuten’s deal with Disney. Roca says that Rakuten was open to enabling third-party content providers to deliver branded channels on the platform internationally.

“It will have a branded channel concept,” says Roca, adding that third-party content partners would “contribute their brand” while benefiting from the Rakuten platform.

Roca says that Rakuten’s key vision remains “bringing the cinema experience at home”. For this to become a reality, he says there would need to be a shift in the windowing of on-demand rights for Hollywood and other movies.

“We think this will be the next big revolution in content. People don’t understand why the need to wait three or four months [to see a movie],” he says. “After one month the only winner is piracy. I see a big opportunity in moving the digital window closer to the cinema window.” 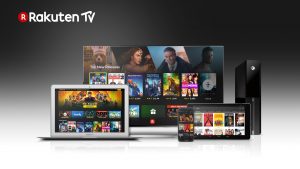 Roca cites the example of Korea as a market where this collapsing of windows is already a reality, without an adverse impact on revenues.

In order to push this forwards, Rakuten is co-investing in producing movies that it can then bring to its own platform. The company will invest around €2 million this year in two or three projects that will come to fruition in the second half, according to Roca.

“We are going to co-invest in movie productions to accelerate the created of this reduced window between cinema and digital,” he says. “We can build a case study to show that there is no damage as the distribution window gets closer and that the only loser will be piracy.”

While investing in titles makes sense as part of this drive to secure better release windows, Roca is clear that building a movies-on-demand service on the basis of exclusive content rights does not make sense, and draws a distinction between movies and high-end drama series.

“I wouldn’t say it makes sense to have movies on an exclusive basis,” he says. “Series have multiple seasons and episodes. Movies last two hours and people can watch them and then go to a different service, so I find it difficult to believe that movies will work well in an exclusive window. For us it is more about getting closer to the customer and that is what we have the strategy of teaming up with smart TV manufacturers.”

Rakuten TV’s parent company is a global e-commerce giant with big plans of its own. Rakuten’s chairman and CEO Hiroshi ‘Mickey’ Mikitani used Mobile World Congress in Barcelona in February to unveil a series of initiatives to leverage blockchain technology and content to build “the largest membership community in the world”

Mikitani said that Rakuten wanted to use social media functionality to help build what he described as “the biggest Grand Bazaar in the world” – a model that differs from that of Amazon in that Rakuten will serve as a shopping mall for a range of merchants rather than as a retail brand in its own right.

“In Japan Rakuten is market leader and that is a position that we plan to maintain and grow. In Europe and the US we are building our ecosystem,” says Roca, citing the company’s sponsorship of Barcelona in Europe and the Golden State Warriors basketball team in the US as key steps in this journey. “Having a strong brand is the first step in that direction. This is why we have done those sponsorships agreements.”

For Roca, video is likely to play a key role in these wider plans – he cites Rakuten’s acquisition of exclusive NBA rights in Japan as evidence – but exactly what that role will be has still to be fleshed out.

“We don’t yet have a clear model that involves digital content. We know digital content is going to be a relevant block in building this ecosystem, but we have not defined that yet outside Japan,” he says.

In the meantime, says Roca, Rakuten TV will focus on developing its “cinema at home” proposition, shortening the release window for VOD and ensuring that the company secures the key new releases in the best video quality available.