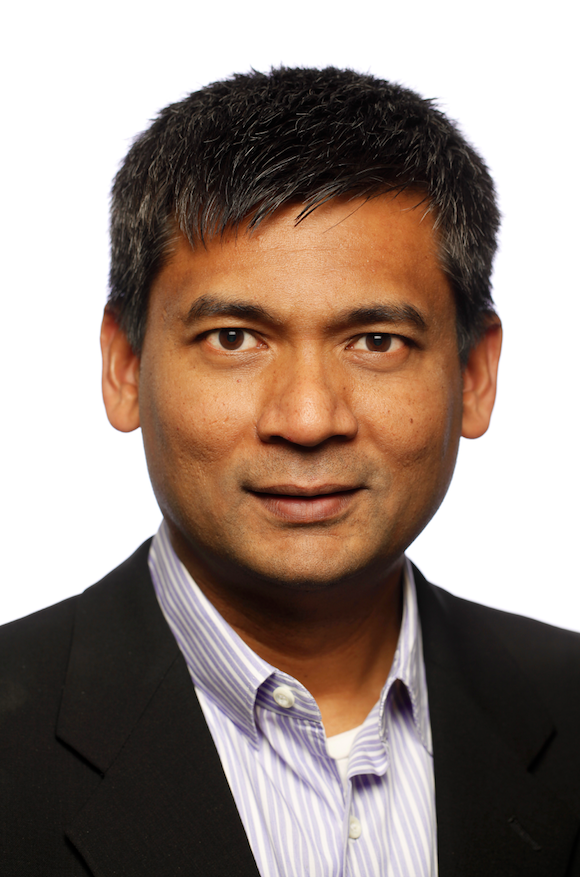 Liberty Global’s main goals for the medium term are to further build out its network to new areas and roll out its advanced TV box, with a plan further down the line to deliver all DVR functionality from the cloud, according to CTO Balan Nair.

Speaking exclusively to Digital TV Europe just ahead of last week’s Cable Congress, Nair says that on the video front, Liberty plans to make its new EOS box the standard set-top for all from next year, after launching in a number markets in the fourth quarter of this year. Liberty initially launched EOS in the UK with a version of Virgin Media’s TiVo user interface.

“It is in field trials in a number of markets with the Horizon UI. From 2018 it will be our primary box and it will be available with both hard drive and cloud-based versions,” says Nair, adding that the ultimate aim is to deliver recording functionality entirely from the cloud, without the need for a hard drive in the box.

“With cloud storage you can go back five days and say ‘record that’, because it’s all stored in the cloud,” he says. Cloud DVR carries the advantage that subscribers can view content on any device, not just the TV tethered to the set-top.

Initially, Liberty will market EOS to new subscribers and existing customers that choose to upgrade. Further down the line, “we may consider proactively replacing some boxes but that still needs to be studied”, says Nair.

The UK’s Virgin Media, which uses TiVo’s advanced interface rather than the Horizon service deployed by Liberty’s UPC networks elsewhere in Europe, was first to deploy the box, marketed as the ‘V6’.

The evolution of advanced TV is going hand-in-hand with plans on the broadband front. Liberty Global has already rolled out its new advanced router, the Connect Bbox, in a number of markets. For Nair, one of the key benefits has been to improve the WiFi experience of customers.

“We are very highly focused on WiFi and that is why the Connect box has been so successful,” he says. Liberty invested in chipset specialist Celeno, which co-designed the box, and built the chipsets for it as well as providing airtime management software to further improve the subscriber’s experience.

For Nair, WiFi and connectivity is key – more so than the kind of ultra-fast top-line speeds that the new version of the cable broadband specification, DOCSIS 3.1, promises to deliver.

“DOCSIS 3.1 will really be an ‘edge’ implementation for high-end customers,” he says. “That’s partly because the cost of chips is still significant. We will probably start to mass-market DOCSIS 3.1 in 2018, but we are getting to a point where the limits of WiFI are greater than those of the fixed network. With DOCSIS 3.1 you are putting in more WiFi too, and that combination drives the cost up.”

Higher speeds are likely to be successfully marketed if operators highlight clear service propositions that consumers find compelling. Internet of Things and smart home applications are currently being more actively discussed by operators as a potential opportunity, if consumers can be incentivized to pay and are sure that systems will be secure.

For Nair, the key role to be played by service providers is to make the connected home as simple as possible and extend the appeal of services beyond the hard core of consumers that are willing to build a home network on their own initiative.

“You will see us launching some products in partnership with brand-name consumer electronics companies,” says Nair. “[The Internet of Things is] something that is interesting to a segment of consumers. That segment used to be a ‘lean forward’ group that was willing to go through the hassle of making [smart home applications] work using the different protocols. The group has now expanded because IoT devices have come a long way in terms of ease of connecting and controlling them, but it doesn’t extend across our entire subscriber base. We would like to do something that enables a larger part of the base to take advantage of it.”

Despite improvements, building a smart home is something to which service providers can add value for consumers, particularly given the still-fragmented nature of IoT technology and protocols.

Ideally, says Nair, Liberty would like to team up with leading consumer brands to offer a service where subscribers “could plug something in and it connects with our WiFi”.

The key to offering all new applications and services is the fixed network. While cable can hold its own against rival infrastructure providers in terms of the capability of its network, cable operators still don’t have the national reach of telco rivals. To address this, Liberty is “highly focused on new builds” and aims to extend its network to cover an additional 1.5 million homes this year, says Nair.

The company aims to use a number of different technologies to extend its reach. In areas where it already has a presence, it will use HFC. In some areas it will drive fibre deeper but use HFC for the final connection, while in greenfield sites it will use fibre-to-the-home.

“The cost of using HFC is inherently lower. FTTH costs are higher because it is all green-field, However we are doing things like micro-trenching which helps lower the construction costs,” says Nair.

Creating a gold-plated fixed network will also help companies such as Liberty Global play a significant role in providing the backbone for next-generation wireless services. In terms of the evolution of wireless networks themselves, the company is taking a more cautious approach, focusing on its 4G rollout and building an MVNO-based mobile presence in its different markets.

“We have no plans for 5G and we are not big believers in the idea of 5G as a fixed-wireless technology – we will take an opportunistic approach,” says Nair – a point he made more strongly at Cable Congress, arguing that 5G “makes no sense” as a substitute for fixed-line access.

There is in any case still considerable uncertainty about how 5G will evolve. For Liberty Global, the fixed-line network is still the key asset to be nurtured – the bedrock for the kind of advanced services and consumer experience that will continue to generate cash for the operator.