Insight TV and the switch to digital 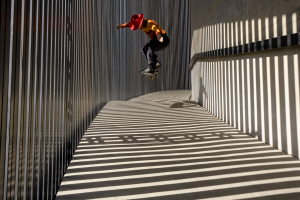 Up until recently, it seemed that  linear TV  – especially those channels targeting a younger demographic – would soon become an endangered species, with viewing migrating to on-demand, online platforms.

However, the linear channel is undergoing something of a renaissance with the growth of free ad-supported TV, or FAST channels, highlighting an apparent lingering desire for a more leaned-back experience among consumers on digital platforms.

Certainly, building and maintaining a successful TV channel business today is more complicated than it used to be, and requires constant reinvention.

Insight TV began life as a showcase for 4K UHD, but has more recently transmogrified into a youth-focused offering, with a clear strategy to try to navigate the shifting sands of the digital distribution and monetisation landscape. 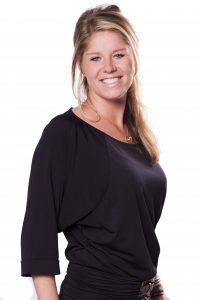 According to Natalie Boot, VP of sales at Insight TV and VP of Insight TV Studios USA, the broadcaster has switched its focus from traditional pay TV distribution to “a more omnichannel strategy” just as its content has evolved to attract “a millennial and Gen-Z audience”.

The strategy is fairly straightforward on one level: maintain a declining or static pay TV business while expanding on digital platforms.  Insight TV has grown its reach on the latter to 40 million a month, accounting for the bulk of viewing, with expansion on connected TV and social media channels offsetting a lack of growth in traditional pay TV.

Insight TV operates traditional linear, digital and VOD channels, and Boot says she has seen “a small shift” in advertising to digital linear and connected TV, while pay TV platforms have delivered “a small decline”. This movement has however been accompanied by a shift in the channel’s content to appeal to a younger demographic. Brands targeting that audience are more likely to focus on digital advertising.

Within the new landscape that Insight TV now more the most part inhabits, there are clear leaders among the potential platforms on which to distribute.

For Boot, Samsung TV is the most important, with a technology platform and reach that sets it apart.

The omnichannel approach is not without its own challenges. Boot admits getting the right content mix to appeal to diverse audiences is complex.

“The content mix is challenging for us,” she says. “Where connected TV is not available our focus is on more traditional ways of distributing content. In territories where we have both, sometimes we produce slightly different content line-ups for social media and FAST channels and old-fashioned long-form content for pay TV.”

As Insight TV, its target audience and television in general have evolved, the channel’s original USP – 4K UHD – has faded from view in its marketing. Audiences used to viewing content on a mobile phone are less interested in the super-sharp resolution that makes sense on a large flat-screen.

In the world of FAST channels, Insight TV differentiates itself by “connecting the global community” around activities such as esports rather than by trying to focus on local content. At the same time, says Boot, Insight does not neglect localisation entirely. The channel airs some shows globally that are partly in Spanish language and then uses those segments to create a local version of that show specifically for Spanish language markets.

Insight TV has also of late focused more on live events, particularly as a differentiator during the pandemic.

Overall, Insight TV has shown that linear channels can survive the dramatic changes still taking place in the TV distribution landscape. The basic strategy is to try to hold onto the traditional business, which continues to deliver predictable revenues even as it frays at the edges, while expanding into the new digital universe of connected TV and FAST. In Insight TV’s case, it has meant an evolution in the content of the channel too, as advertisers look to capture the attention of those difficult to reach Gen-Zers.