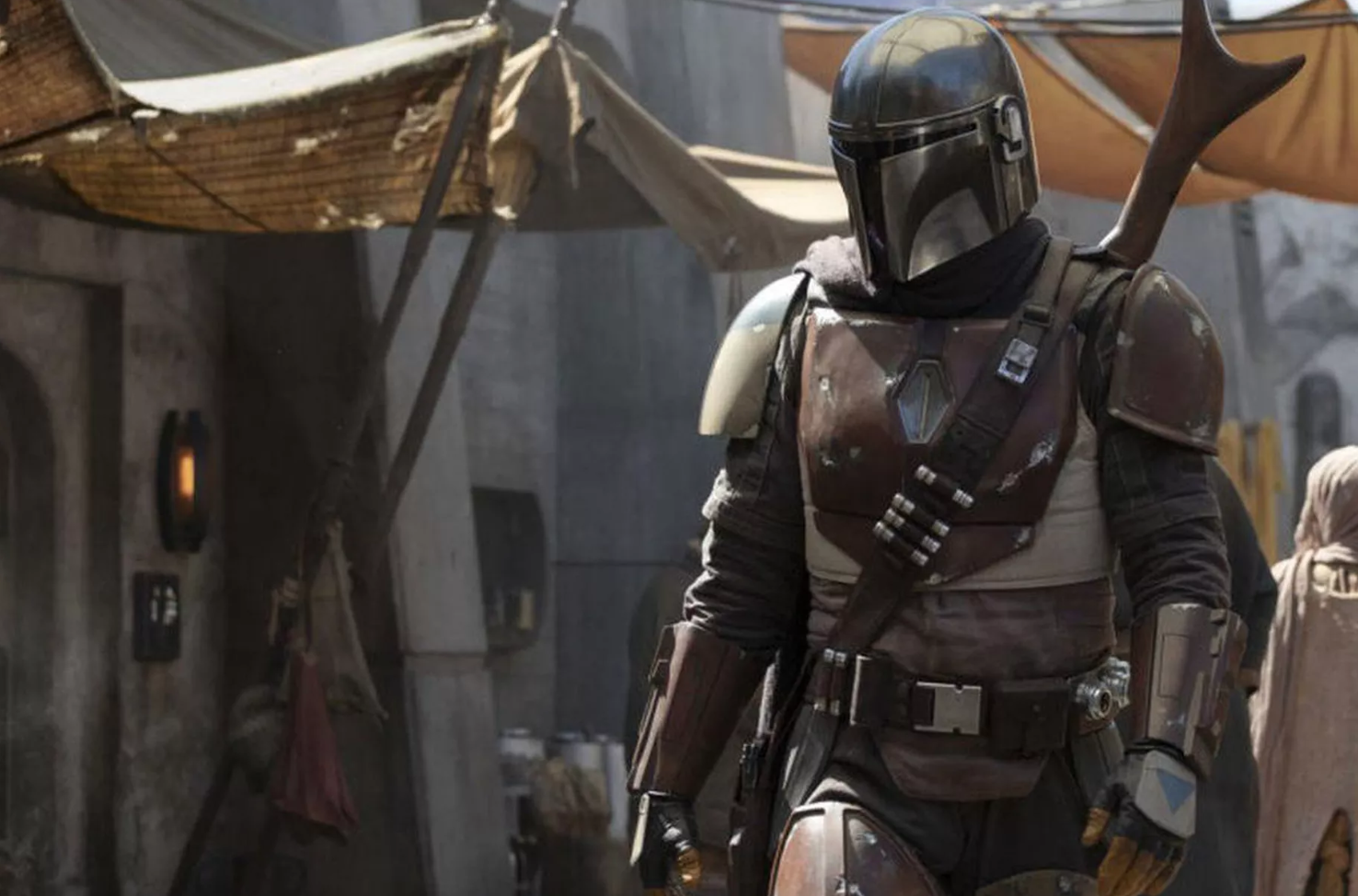 Disney+ lands in countries across Europe – excluding France – today amid a pandemic that very few saw coming. Analysts at DTVE and TBI sibling Omdia take an in-depth look at the streamer’s launch offer, including the range of shows available, its comparable cost across territories, how it will reach consumers, and the impact of Coronavirus on its longer term success.

Four months after its initial launch, Disney+ has expanded to seven new Western European markets today. Disney+ arrives with a broad set of first party titles across all of Disney’s entertainment portfolios, including originals such as The Mandalorian, library and new release movies, as well as TV series including the full catalogue of The Simpsons. Disney+ is now available in Austria, Germany, Ireland, Italy, Spain, UK and Switzerland, taking its total country count to 13.

As in its November 2019 launch markets, Disney+ is available with a seven-day free trial as well as monthly and annual subscription options priced at £5.99/$6.99/CHF 8.90 per month and £59.99/$69.99/CHF 99 per annum. Disney+ is also available through various operators in Western Europe though a range of partnerships.

In France, the launch of Disney+ has been delayed by two weeks following government intervention as a result of Covid-19. The new launch date is now set for 7 April. The Indian launch of Disney+, which was to be bundled with Disney’s Hotstar, previously set for the end of the same week as Europe, has also been delayed indefinitely as the Indian Premier League has been postponed.

The European launch of Disney+ comes at an unprecedented time as its new markets face social and economic restrictions from local governments due to the Covid-19 pandemic. As workplaces and schools close, consumers across all demographics will be increasingly remaining at home. Despite the direct economic challenges this is causing, Omdia believes that this will serve to increase demand for Disney+ at launch, especially for its pre-order package.

One month prior to planned launch, Disney+ offered a pre-order discount to consumers taking the annual package, with discounts varying from 15-17% based on currency. The cost benefit provided by this deal is likely to draw in significant initial interest from consumers although it will be detrimental to Average Revenue Per User (ARPU) over the rest of 2020. In the lead up to launch and as Europe responds to Covid-19, the pre-order page was overwhelmed by the number of people attempting to take advantage of the offer.

Last week, following a consultation with the European Commission, several online streaming operators, including Netflix, Amazon, YouTube and Disney all agreed to limit streaming bit rates provided by their platforms. As streaming video services currently take a significant proportion of internet traffic – with this set to increase significantly following government social distancing and quarantine measures – it is hoped that limiting the quality of these streams will lighten the load and prevent any long-term access issues. Netflix estimations suggest that these measures could reduce its traffic load by around 25%.

The delayed launch of Disney+ in France is a direct result of these new measures to limit online streaming’s impact on general internet usage. French incumbent telco Orange, of which the French Government is a stakeholder, has suggested that the technical deployment strategy of Disney+ in France (based on multi-CDN strategy as opposed to local data centres) given its potential uptake would generate more data traffic than can be afforded at this time. This delay puts the launch of Disney+ after the current end date of France’s lockdown and in time for the Easter period. This French delay, as well as all impacts based on Covid-19, could change again based on any new developments in the coming weeks.

Despite the situation, Disney+ is still set to have a strong launch. Omdia estimates that Disney+ will reach over five million paid subscriptions in Western Europe by year end, bringing total Disney+ (excluding the Hulu+ESPN+Disney+ bundle in the US) subscribers to 30.5 million paying subscriptions. Western Europe is then set to grow paid subscriptions to over 13.7 million by the end of 2024. If Disney progresses with its plan to launch in France later in April and prices remain the same, Disney is looking at over $160m in revenues from its Western European direct-to-consumer operations this year.

While Disney+ launches in a time with significant changes in consumers’ lifestyles and high uncertainty, there are added benefits this brings to Disney. With schools and workplaces closed, households will be turning to entertainment services as they stay indoors, particularly to keep children engaged. In times of economic uncertainty, Disney+ is a relatively inexpensive option, particularly compared to pay TV.

Consumer research conducted within the first four weeks of Disney+ launch in the US found that one in four OTT subscription households had access to the service, particularly households with children under the age of nine years old. It can be assumed that Disney+ will see higher levels of uptake in its European markets during social distancing and lockdowns. While uptake in the US was driven primarily by exclusive and original content, particularly older movies and children’s TV shows, this is likely to be intensified in this second wave of launches.

At launch, Disney+ in the UK will offer 500 films and 350 TV series, including 26 Disney+ originals – including The Mandalorian. This encompasses the Disney-branded archives of animation and live action series and movies, the Star Warsfranchise, plus the output of Marvel and Pixar. Content stemming from the 21stCentury Fox acquisition includes 600 episodes of The Simpsons and National Geographic factual series. All this has a well-established audience in western Europe and, with its focus on children and families, is likely to achieve considerable take-up with much of the population confined to their homes.

The small amount of original content is unlikely to dampen take-up in the short term due to the depth of the archive and because repeat viewing by children is very high. While there is no doubt Disney’s launch into direct-to-consumer is a response to the growth of SVoD and Netflix in particular, we do not believe most consumers will substitute Disney+ for Netflix. Instead, the services are complementary. We have already observed a shift in focus away from children’s content by Amazon and Netflix, and this is likely to continue.

In Europe, Disney has long-standing partnerships with pay TV services like Sky and Canal+. With the launch of Disney+, these relationships have evolved. Based on details so far released, Disney is still making first window rights for its Disney-branded output available to Canal+ in France, but not in other countries. Sky in the UK and Ireland and NENT Group in the Nordics, for example, will only have access to Fox movies in the first pay TV window.

The Covid-19 pandemic will most likely affect the production of Disney+ originals, one of the key selling points of the proposition. This could impact its catalogue in future, or the service may choose to withdraw some of its content for the time being, a strategy that has been adopted by some. Content library is a major driver of video subscriptions and must be accounted for in order to keep consumers engaged and to retain them on the platform. Early adopters of Disney+ in the US were more likely to be ‘content hungry’ consumers, who are willing to shop around for content and therefore more likely to churn when content needs are no longer met.

A key question for Disney+, other video services and content owners will be how consumption habits will be impacted in the longer term, post Covid-19. While Disney+ uptake in the US was mainly among existing OTT households, these unprecedented times are likely to push further households into this category. At the time of the consumer survey in Q4 2019, Disney+ subscribers were more likely to have indicated they use digital transactional video services (particularly to rent/purchase movies), to watch the latest movies in cinema and to have access to premium movies via their pay TV subscription. This may be a concern for Disney, as survey findings also reveal that Netflix subscribers’ engagement with movies has reduced across all three of these categories year-on-year, suggesting the impact of large content libraries under monthly subscriptions.