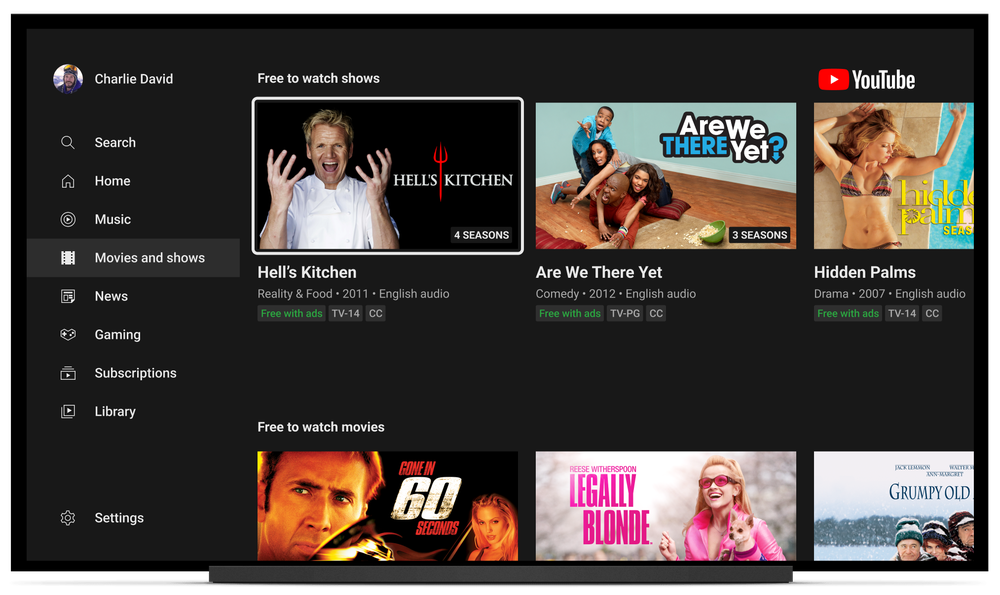 Evidently not content with just being the second-most-visited website on the planet (second only to its corporate overlord Google), YouTube has announced a dramatic expansion into AVOD TV.

The platform, which sees almost 5 billion videos consumed per day, this week announced the addition of ad-supported TV series in the US. Some 4,000 episodes and full series of shows including Hell’s Kitchen and Andromeda are now available to watch for free with ads.

Ad-supported content is not a new phenomena for YouTube. Beyond its core model of user created videos (much of which features pre- and mid-roll advertising for YouTube’s free viewers), the Google-owned platform has distribution deals in place with the likes of Disney, Warner Bros., Paramount Pictures, Lionsgate and FilmRise to offer films for free in the US.

However, this latest push feels much more significant and now puts YouTube firmly in the competitive AVOD market along with the likes of Paramount’s Pluto TV and Fox-owned Tubi.

If you ever needed evidence that AVOD is more than a fad, YouTube just proved it in one fell swoop.

The announcement of YouTube’s full expansion into AVOD comes alongside the release of a new report from research firm Omdia which details how the market will hit revenues of almost $260 billion by 2025.

The report, revealed to DTVE’s sister site TBI ahead of a session at Series Mania this week, outlined how online video advertising is expected to overtake traditional linear TV globally in 2022.

The online video advertising market is expected to reach revenues of US$174 billion, increasing to US$259 billion by 2025. This will largely be driven by the dominance of the US and China.

With the numbers being talked about, it is of little surprise that streaming services such as HBO Max, Disney+ and Paramount+ all have launched ad-supported offerings within the past 12 months. 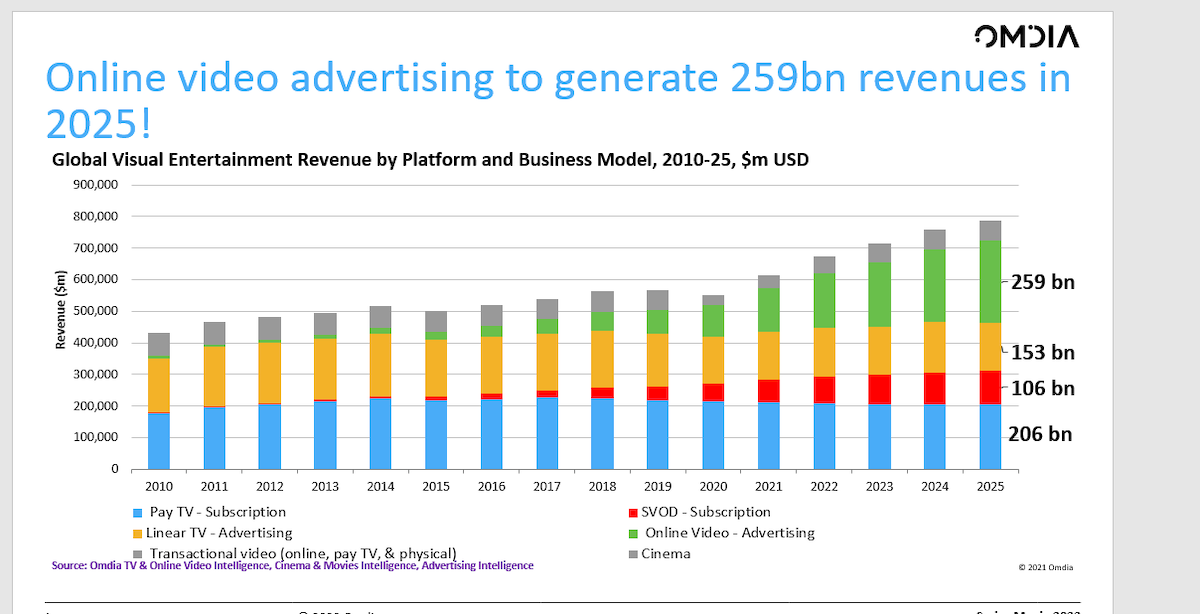 While there still remains a distinction between streamers which offer a cheaper ad-supported version of their SVOD product and those, like Pluto, which are free at the point of entry, the overall shift of streamers to be more receptive to advertising shows that money talks.

Maria Rua Aguete, senior research director at Omdia and research author, said: “The traditional channel business generated money for US majors through both subscriptions – that is carriage fees – and through advertising. This is now being translated into the streaming world with hybrid models.”

This hybrid model is increasingly becoming the industry standard for new streaming services wishing to make it into the mainstream.

One example of this is the upcoming ITV Hub rebrand, ITVX. When it launches later this year, ITVX will be an integrated AVOD and SVOD streaming service. Viewers will have the option to watch content for free via an advertising-funded tier or upgrade to a subscription model that includes the same content ad-free, along with additional programming from its JV service BritBox and other partners.

For all these other streaming services, the expansion into AVOD is a logical extension of their business in an attempt to fuel growth. YouTube however is a bit of a different beast.

YouTube is the king of online video. In addition to the 5 billion videos consumed per day, YouTube has 1.7 billion unique monthly visitors who make up a combined total of 14.3 billion visits per month. Over 694,000 hours of video are streamed on YouTube each minute. Netflix users by contrast stream 452,000 hours of video per minute.

For YouTube, this move is a concerted effort to grow its CTV business more than anything. In announcing the launch, the company cited stats from Nielsen which showed that YouTube reached over 135 million people on connected TVs in the US in December 2021.

As it explained: “YouTube is at the forefront of the consumer shift to CTV viewership as the top ad-supported streaming platform with the content people enjoy and the creators they love.”

YouTube’s latest gambit has seen bold speculation from the press, with SocialMediaToday in particular questioning “Could this be the final nail in the coffin for traditional TV?”

Adding such content also is a boon to advertisers, and will likely provide them with greater stability on the platform notorious for multiple ‘adpocalyses’. There have been four events given that title, where advertisers have significantly scaled back their commitment to YouTube due to scandals on the platform.

Advertisers will know that the hundreds of titles being added everyday to YouTube’s ad-supported TV offering will be brand-safe, allowing them to ensure their continued commitment to the platform for the foreseeable future.

While YouTube’s focus on the CTV market – with both its AVOD offerings and its cord-cutting premium YouTube TV service – is fixed to the US for now, it would not be a surprise to see the company expand its AVOD portfolio internationally.

The money shows that AVOD is viable, and now it’s up to YouTube to see how big it wants to go with it.