With its green light, the joint O2-Virgin Media has scale and scope to rival BT 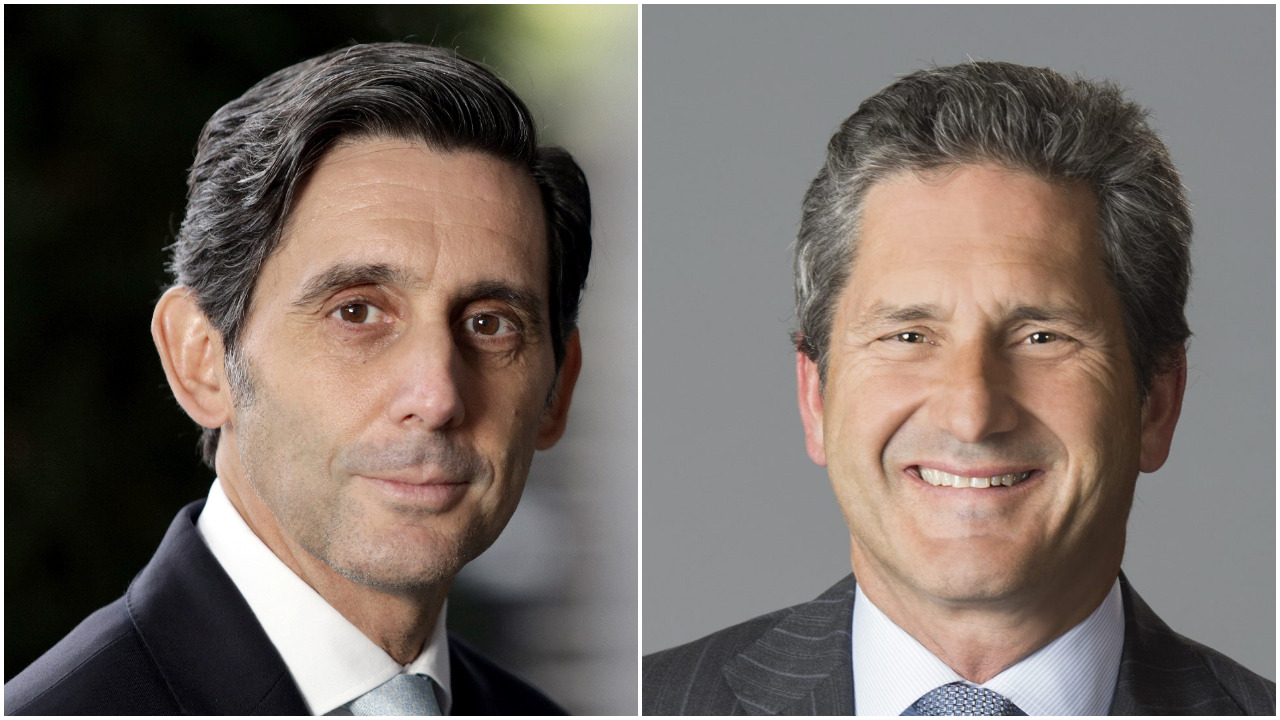 A full year after it was first announced, the merger of Virgin Media and O2 has been approved by the UK’s Competition and Markets Authority.

The 50:50 merger between Liberty Global and Telefónica’s respective fixed-line and mobile operators was first announced in May 2020. It values O2 at £12.7 billion and Liberty’s Virgin Media at £18.7 billion, giving the new company a total value of £31 billion including debt.

It is one of the biggest telecommunications deals in the UK’s history, and far surpasses the £12.5 billion that BT spent on acquiring mobile operator EE in 2015.

When it was initially announced, the mutli-national operators promised to invest £10 billion in the UK over the next five years and that the new-look company would create “a stronger fixed and mobile competitor in the UK market.”

It is hard to argue that increased competition is ever a bad thing, particularly when the existing space is dominated by one major player that reaches into all aspects of telecommunications.

The combined company will squarely have BT in its sights, and, if all things go to plan for the joint-venture, could create a telecommunications rivalry that will dominate the 2020s.

Reasons for the merger

Acknowledging the CMA’s decision this week, Mike Fries – CEO of Liberty Global – and José María Alvarez-Pallete – CEO of Telefonic – described it as “a watershed moment in the history of telecommunications in the UK.”

They added that the new company will bring “real choice where it hasn’t existed before” and “launch a national connectivity champion that will connect more people, ignite more businesses back to growth and power more communities for the greater good.”

In terms of competition, they’re right – there really isn’t any one single company that offers equivalent services across the board as BT.

Sky is the biggest pay TV operator in the UK with just shy of 10 million subscribers of a European total of 23.4 million. But while it offers a mobile service this is a much lower priority for Sky, and is an MVNO that utilises O2’s infrastructure. (This was actually an initial point of concern for the CMA, with the authority investigating the merger’s impact on the mobile wholesale market earlier this year.) The operator also launched a new FTTP broadband service in late 2020, but this is still a nascent area of business for Sky and, like mobile, utilises a third-party fibre network.

Asides from Sky, the UK is split between prominent mobile operators like Vodafone and 3 which also offer various broadband offers, and alternative broadband providers such as TalkTalk and PlusNet which also provide OTT TV services. None of these however match BT for scale and the breadth of their services across both consumer and enterprise sectors.

As such, Liberty Global and Telefónica have seen an opportunity to fill a gap in the market and merge their already prominent businesses. O2, according to Statista, is the second most-used mobile network in the country behind EE, while Virgin is some way off Sky with some 3.69 million TV subs and 5.27 million broadband users.

Whether the new business retains both brands or merges under the Virgin umbrella, both operators have solid foundations which will be enhanced in the coming years with converged services and technologies.

While the merger is set to go through on June 1, it is unlikely that the services offered will be substantially changed for some time yet. Resolving contracts with consumers and providers, along with a transition period under Virgin boss Lutz Schüler and O2 CFO Patricia Cobian will be the initial priority before implementing any major changes.

One thing already clear as an early plan for the new company is an ambition to accelerate investments in fibre, where Virgin is already a leader.

Virgin Media had previously planned to reach a target of 15 million FTTP homes in 2021, and that target has now been upped by a million “within 12 months of the merger closing.”

While its subscriber base may not match BT, Virgin’s fibre network is already bigger than that of BT-owned Openreach. The Openreach fibre network, which supplies broadband to the likes of BT, EE, Sky, TalkTalk, and Plusnet, currently reaches 4.5 million homes. Openreach has an ambitious target to reach 25 million premises by the end of 2026. 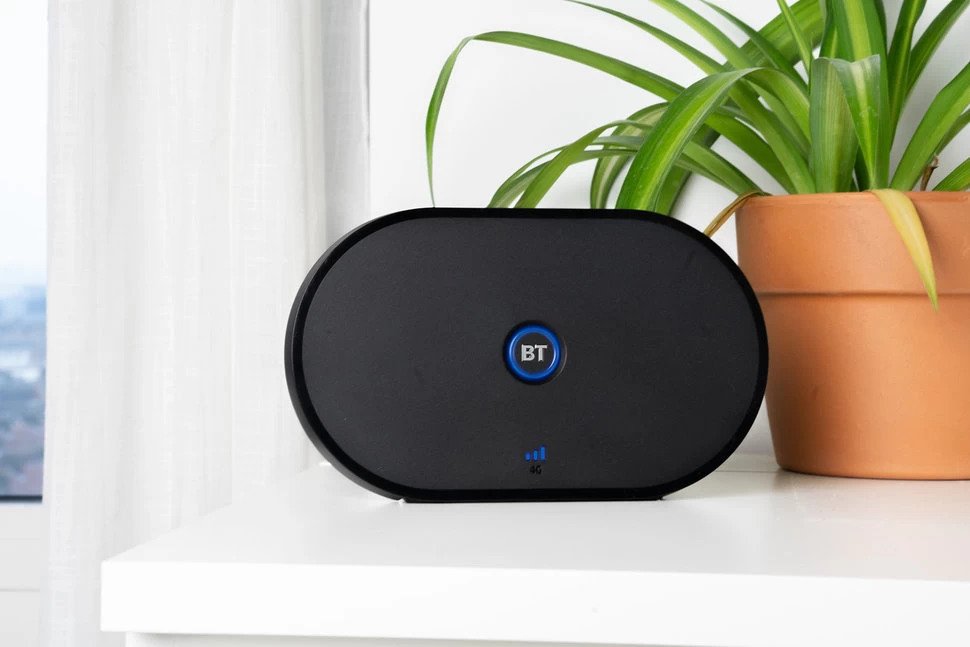 And while some consumers may fear that such a large-scale merger may negatively impact services, the CMA was satisfied that it is “ unlikely that the merger would lead to higher prices or lower quality services” for existing customers, or those using services like Sky which piggyback off O2’s existing network.

The O2 network, and its ever-expanding 5G coverage, is also an area where the lines will be blurred between fixed and mobile telephony in the coming years.

Some operators like 3 have offered mobile-connected routers as an alternative to fixed-line broadband, but the UK’s average 4G speed of 20mbps in congested areas meant it was only a viable option for users who had difficulty getting broadband to their properties. 5G meanwhile can offer average speeds of 150-200mbps, and peak speeds of over 1gbps. This is faster than most existing broadband lines in the country, and Virgin could utilise O2’s network to provide a pure 5G router at a cheaper cost to consumers than installing fibre in difficult to reach areas.

Similarly, Virgin could launch a product similar to BT’s recently launched Halo 3+ broadband service. This pairs a BT router with an EE sim card as back up for when there are any connectivity issues. That solution however is only 4G, while an equivalent service from Virgin utilising 5G could give it an edge.

Fibre and 5G is the most clear and obvious area for the new company to initially focus, but It will also examine its existing Virgin Media TV service in due course.

Virgin launched its TV 360 platform in November 2020 as a rival to Sky Q. Like Sky’s product, TV 360 is based on one main set top box and added mini boxes for around the home. Unlike Sky however, those boxes are capable of 4K HDR, giving Virgin an edge for visual quality.

Virgin’s TV product however is still lacking. The TV360 platform traded a TiVo OS for Liberty Global’s Horizon platform. This platform is arguably outdated, launching in 2018, while the Sky Q platform is regularly being updated with new features and apps. 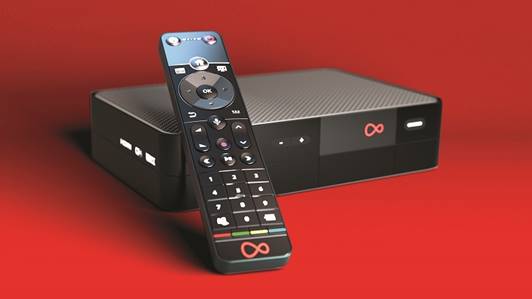 Another area lacking for Virgin and its customers is aggregation, an area where both Sky and BT excel. Virgin offers access to a number of apps like Netflix, Amazon Prime Video and BBC iPlayer, but lacks some big names like Disney+ and the more recently launched discovery+. And for the apps it does carry, Virgin doesn’t have bundles for subscriptions like Sky.

O2 meanwhile does have a distribution deal in place with Disney, with the operator acting as the exclusive mobile distributor of Disney+ in the UK. Virgin could lean on this relationship to bring the SVOD to its TV platform, while also striking other promotional deals with the company.

Conversely, O2 may also become much more aggressive in its video services. While Virgin doesn’t offer a standalone OTT service, the scope of Virgin’s TV Go app for its pay TV customers could be offered to mobile customers as a unique value add.

There are many possibilities for both parties to lean on one another when it comes to pay TV and OTT, and this will be an area for the new company to develop in the coming years.

However, what is clear from the outset is that broadband and fibre is the immediate priority for this new company. Ensuring that Virgin continues to be a leader in FTTP will lay the foundation for any subsequent strategic decisions. With this base in place, this new company has the potential to be a major player in both fixed and mobile services for years to come.