Will 5G survive its expectations, or buckle under its own weight? 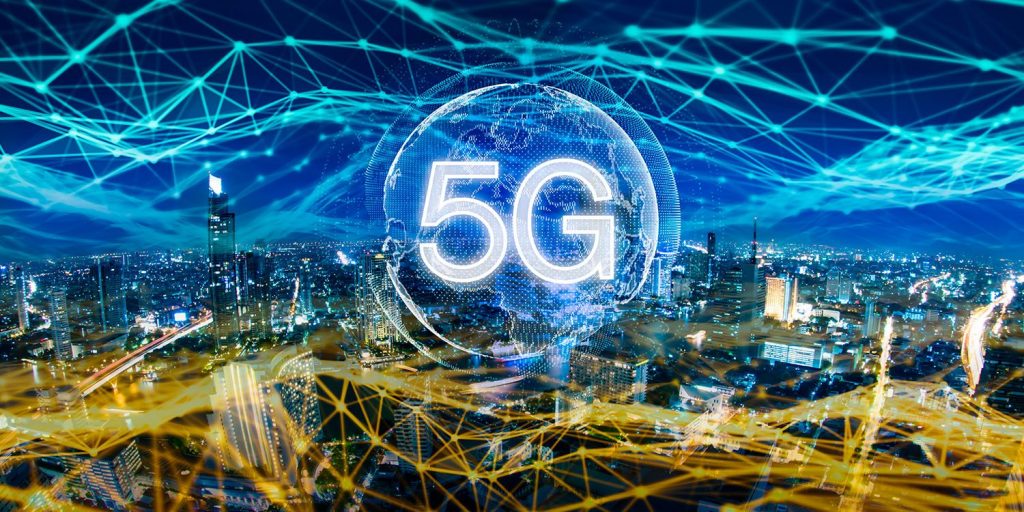 This week Ovum published its report on 5G media bundling opportunities. While the report dives into plenty of detail on a range of subjects, perhaps the headline statistic is that 5G telco-OTT bundling revenues will rise from a measly US$6 million (€5.32 million) in 2019 to a whopping US$4.87 billion (€4.32 billion) by 2024.

5G bundling is much the same as what telcos have been offering for years. While fixed broadband providers typically extra services such as TV, mobile operators have a wealth of opportunities such as music streaming services, cloud gaming and, of course, IPTV.

Such bundles will see enormous growth and, should the report be correct, the industry is on the precipice of unprecedented change and radical upheaval.

Analysts are optimistic about the revenue potential for 5G, but what is currently unclear is what is actually going to sell consumers on the tech asides from the premise of ‘you can do what you normally do, but faster’.

Suffice to say that the jump from 4G to 5G is much more drastic and visible than the previous transition from 3G to 4G.

5G promises unprecedented speeds of over 1Gbps, and a ‘killer app’ is required to showcase this. It is no longer enough for users to be presented with an HD YouTube video that doesn’t buffer, or high quality audio streaming – because that’s what they’re used to with 4G.

In terms of video, latency-free and HDR live streaming is, at least initially, being presented as that killer app.

EE, in announcing the UK’s first 5G service in May, specifically highlighted the potential for BT Sport HD HDR, and suggested that bundling in extra services at little cost to the operator would make an otherwise expensive phone contract more appealing to consumers and offset the high cost of the 5G spectrum. 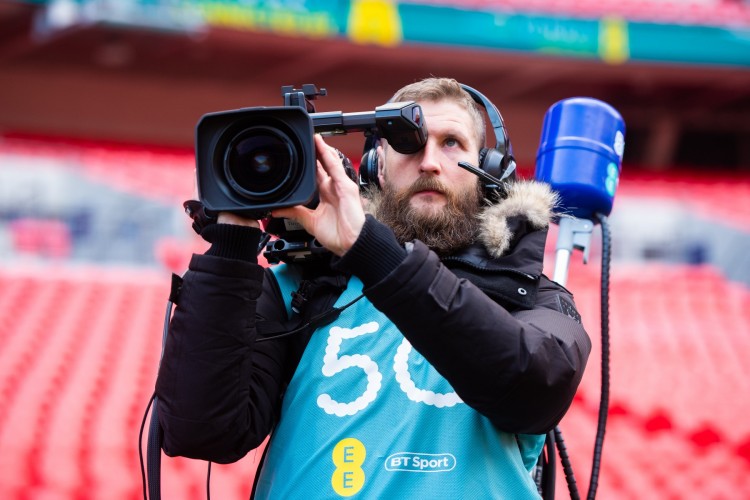 BT consumer division CEO Marc Allera said: “Ultimately, consumer demand for 5G is unproven. Asking them to pay a premium will be challenging. Therefore, articulating the merits and offering features like swappable benefits will be paramount. Bundling a range of services and content will allow the telco to differentiate over rivals. This is a sensible approach given the huge cost of acquiring spectrum and rolling out expensive new network technology. The initial premium will quickly erode as we’ve seen with previous generations.”

BT’s strategy lines up with where the market is evidently headed, with Ovum predicting that streaming of live sports events will dominate 5G bundling, making up as much as 53.2% of bundling revenues by 2024.

The emphasis on live streaming does make sense because while it has been touted as a feature of 4G on paper, it is in practice often unreliable and unstable with less than optimal connections. Theoretically, a 5G offering with a maximum speed of 1GB/s at full strength would be capable of 500MB/s with half the connection quality – more than capable of carrying an HDR video stream.

Certainly with the connection speeds on offer, 5G could even replace fixed broadband connections in peoples homes. This would give consumers a more stable, faster connection than ever before and save millions in digging up roads and laying fibre.

But it is not only the BTs of this world that will see a benefit from 5G when it comes to live streaming.

Earlier this year at MWC, Telefónica and Orange España separately teamed up with Ericsson to highlight the TV broadcast and production capabilities of 5G mobile technology, with the former arguing that all aspects of the media will benefit.

Juan Cambeiro, head of the Telefónica España Innovation Project, said: “Nowadays, high level media coverage is something reserved only for large events or competitions due to the cost and complexity of the infrastructure that it requires. This TV5G rebroadcasting and production solution allows to have professional media coverage for even very local content. In fact, we could talk about a democratisation of professional television coverage because it allows to broadcast very local content using less resources than ever before.”

The BBC would go on to prove that this is not just talk by running a broadcast from Covent Garden over 5G on the day EE launched its service.

However, while it was impressive to run a fully professional broadcast over 5G this also demonstrated one of the primary pitfalls of anything to do with mobile.

A minute into the broadcast the feed cut out, leaving news anchor Clive Myrie shaking his head in disbelief that the line wasn’t “working properly”. It would later emerge that this was because the sim card’s data limit was reached. 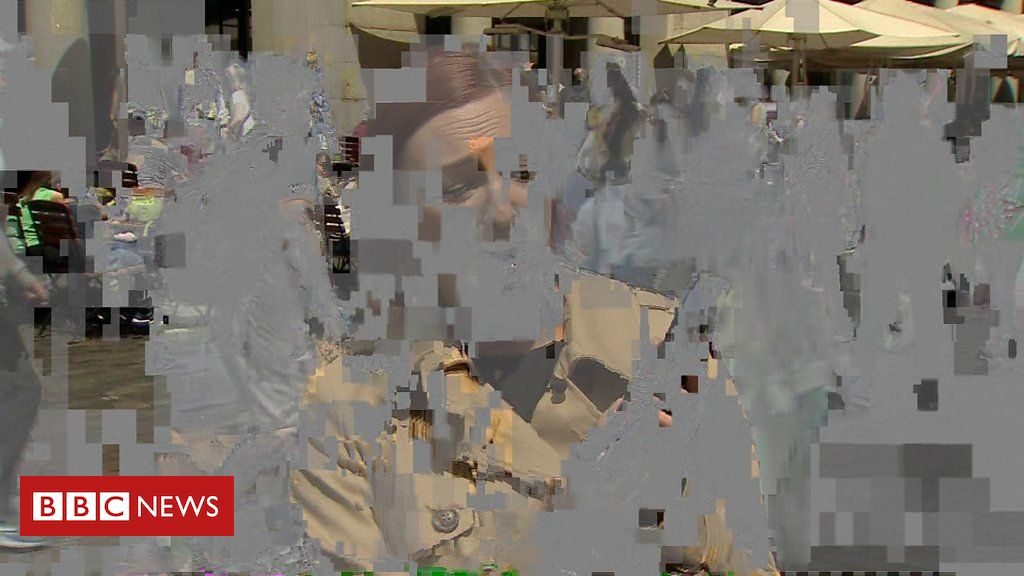 Embarrassing for the BBC, yes, but also indicative of a wider issue that has mostly gone under discussed: the cost of data.

Years ago, consumers would quite easily be able to sign up to a contract offering ‘unlimited data’ (though of course, there was always a fine print that the operator had the right to define where ‘unlimited’ ended), but this was much easier for operators to manage when connection speeds would just about manage an SD YouTube video or a low bitrate radio stream. In an age where 5-inch smartphones are often touted as having higher screen resolutions than the 60-inch televisions in living rooms, consumers demand the highest quality possible – even if their eyes wouldn’t really be able to tell the difference between 1080p and 4K on a screen so small.

This, combined with the oft-publicised ability to download films in a couple of seconds over 5G, could lead average users to gobble up tens, if hundreds, of gigabytes per month.

It is predicted that operators will spend over US$1.3 trillion (€1.15 trillion) over the next seven years on networks, with 75% of that going on 5G. Should 5G take off in a big way, as predicted, and should consumers use the technology to its maximum capability, the new exciting tech could ultimately end up being a cost sink. This is without mentioning that, as a part of their bundles, many operators are offering zero-rated data on certain services, such as EE’s Gamer’s Data Pass.

Operators will not be willing to take a long-term hit in order to promote 5G, which will inevitably lead to the tech becoming even more expensive for consumers should it fail to achieve profitability in its first few years. Many critics have already argued that the £12 (€13.36) extra per month EE customers have started to pay for the privilege of being among the first 5G users in the UK is not worth it without a solid ‘killer app’.

As Liberty Global CEO Mike Fries said at MWC, “5G could be a bad dream…Operators are nervous about how to make the economics work. Consumers in Europe want more for less but operators are in a tough spot.”

However, the potential dangers of sunk costs have not been enough to deter the industry away from the lucrative prospects of 5G. Telefónica-owned O2 and Vodafone have this week announced that they are going to share their 5G radio antennas and joint network sites in an attempt to cut costs and speed up rollout.

While this moment of mutual benefit is unlikely to last forever, it is perhaps a sign that greater intra-industry co-operation is required in order for 5G to excel as rapidly as demand would have it.

Ultimately, it is only mild hyperbole to argue that 5G, as a technology, will revolutionise the way the world views mobile data. But right now it is an unreachable pipedream for most people.

There are three main barriers facing consumers right now: availability, both of a 5G signal and 5G-capable smartphones; the lack of a killer app and convincing reason to sign up; and cost.

While the availability of 5G devices will come in time, the telecom industry must find a way to overcome the other barriers to entry if it wants 5G to succeed, and video will be central to these efforts.