What next for Premier League broadcast rights? 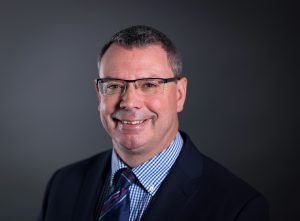 It’s been a turbulent few weeks for football. First the anger around the recent failed attempt by the six Premier League clubs to form a European Super League followed by the announcement by BT that it is seeking to sell a stake in its pay TV sport business BT Sport.

As well as the UK Premier League football, BT Sport’s rights portfolio includes the UEFA Champions League, many European club leagues and other sports such as Moto GP and Premiership Rugby.

The Premier League was also due to auction the TV rights for the 2022 to 2025 seasons in the next few months. The falling value of those rights put the Premier League’s very existence at risk and pushed some clubs to attempt to secure their financial futures by forming the ESL.

In 2018, the Premier League rights sold for £4.5 billion, down from a £5.1 billion high in 2015. The TV rights for the next three years are likely to demand a much lower figure, which will be a major concern for the Premier League and its member clubs. Rights values in 2015 and 2018 were driven by BT Sport bidding against Sky. More recently Amazon joined the party, and it was looking good for the Premier League with a product that broadcasters were prepared to bid eye-watering amounts of money to win.

Now that competition has eased.

In late 2017, Sky and BT ended their dispute allowing each other’s product to be shown on both platforms. Both are now content with the rights they have and have since learned to work with each other. One of the strategies at both Sky and BT is to cut down on their expensive sports rights spend. Any rights auction needs aggressive bidders and new entrants to maximise the price. If Sky and BT are happy with their rights packages and there are no new entrants, this is likely to be reflected in the price of the rights.

It is not surprising, therefore, that the UK government appears to be suggesting that the rights packages not be auctioned but instead rolled over for a further three years, effectively fixing the issue of maintaining current TV revenue streams for the clubs.

BT is rumoured to be in discussions with several potential suitors to purchase either a stake or the whole of their business. Those suitors are rumoured to be Disney, Amazon and DAZN, none of which will come as a major surprise. The other name that has been mentioned is ITV which will probably come as a surprise to many, but ITV has strong links with BT Sport

The lack of an auction means that purchasing a stake in BT sport would be a route in for any potential new entrant. However, the roll forward of the current deal will also mean that the TV rights packages will be more expensive than previously budgeted, with broadcasters previously expecting to benefit from lower costs of rights for the next few years. This will reduce forecast profitability and hence reduce the price that a potential suitor would pay for a stake in BT Sport

Recent events around a potential breakaway have also highlighted a major risk in that any purchaser will need to consider the value of any purchased rights packages without the League’s bigger clubs. Add to this melting pot the political and social anger that is clearly prevalent around this very delicate subject and you are looking at a very brave company who would pay a premium price to acquire BT Sport.

Andy Turner is a partner at accountants Mercer & Hole. His acts for sporting clubs, players and broadcasters. He can be reached by email: [email protected]. Visit www.mercerhole.co.uk.