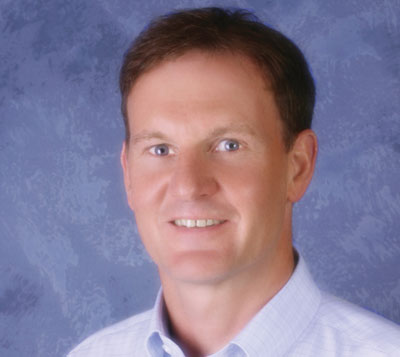 With a range of infrastructures being deployed, pay TV services will need to secure their content over multiple network types, according to Pierre Hunter, vice-president of sales, EMEA at content security provider Verimatrix.

Few emerging markets remain for pay TV and those that do exist are subject to much competition. Industry analysis firm Media Authority predicted that by year-end 2017 the sub-Saharan Africa region, which has a population of around 800 million, will see the number of television households grow to 62 million, offering operators, primarily in Nigeria, South Africa, Kenya and Uganda, an exciting, fresh market to deploy multi-channel digital TV services.

By the end of last year, the region already had 8.7 million pay-TV subscribers, primarily on DTH services from Canal Plus, MyTV, Zuku and MultiChoice. Media Authority confirms that 66% of the region’s pay TV households will have access to a digital signal within the next four years, including those from the ambitious Middle Eastern telecom operator Etisalat, which is expanding its multi-channel distribution throughout the region.

These digitisation efforts offer operators the opportunity to monetise new, interactive, multi-screen TV services for which they need to create a return path. In a region of such extreme poverty, laying cables or any equipment of value on or underground seems like a practical challenge. Fibre, which is less attractive as a salvage commodity, may be the preferred choice in the wealthier parts of the regions and Hi-band of Nigeria is showing innovation by using the growing reach of LTE to facilitate and monetise its digital TV services.

Huawei and Microsoft’s recent joint announcement of their plans to launch a sub-US$150 MS8 Huawei smartphone in Africa is significant. Not only does this place smartphones within reach of a large percentage of the population but, when combined with LTE networks, this creates an extraordinary opportunity to fuel the growth of affordable, IP-based OTT services and vibrant t-commerce business.

With such strong growth and opportunities, operators need to take a multi-network approach to monetising their pay-TV services and putting security at the heart of their strategy.

Piracy of legacy conditional access (CA) systems in Africa has been well documented and is (according to Media Authority figures) costing the industry US$10 to US$20 million annually, with illegal installers willing to take the necessary risks to capture a market not yet served by legal broadcasts. There are many approaches being taken by operators who have taken it upon themselves, with certain government support, to try preventing piracy where they can. However, with new pirate operations popping up across the region using new methodologies, only the deployment of dynamic, hybrid DTV and over-the-top (OTT) security solutions can secure future pay-TV revenues.

Zuku Wananchi of Kenya is one such operator adopting a hybrid approach to content security. Already using the Verimatrix VCAS for DVB system to secure revenues across its DVB-S2 service, Zuku will extend the service this year to cable TV and IPTV within one multi-network platform and OTT services will likely follow. The Verimatrix multi-network security solution breaks down the silos traditionally associated with legacy CA systems and takes a holistic approach to security, addressing the current and future threats to operator revenues from piracy.

To conclude, economic growth across Africa and particularly sub-Saharan Africa is providing increased disposable income to the general population, allowing operators the opportunity to introduce video services that they have historically not possible. This assumes of course that physical content distribution challenges can cost-effectively be overcome and content can be adequately secured across the region’s developing IP footprint.