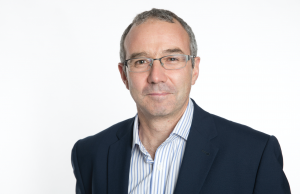 With programmes such as Great British Bake Off and Love Island defying the growth of SVOD and OTT to attract record live audience figures year-after-year, there is no question that linear continues to sit at the heart of television viewing in the UK.

However, in response to the unprecedented rise of viewing via mobile devices, the UK’s most watched television platform Freeview brought its free-to-air services to smartphone and tablets for the first time this year. The Freeview mobile app has given consumers a way of accessing the country’s most popular television programmes live or on-demand in one place.

It is indicative of a fundamental change in how content is consumed in the modern day. While people still enjoy the social aspect of watching certain shows at a specific time, they also want the flexibility of being able to access that content on-the-go.

At Arqiva, we have been working with Freeview to offer users the best of linear and on demand in an easy to use, efficient mobile application, and solving a number of technical challenges in order to do so.

Last year, Ofcom’s Communications Market Report found that 9 in 10 people watch TV at least once a week, and spend an average 3 hours and 23 minutes a day watching their favourite shows. The communications regulator also found that live TV accounts for 81.5 per cent of TV consumption for people in the UK. Linear viewing remains very much engrained in the habits of broadcast consumers, with people generally preferring to commit to ‘appointment viewing’.

However, Ofcom also found that the reach of TV to younger audiences, particularly 16-24 year-olds, is dropping – weekly viewing fell from 87% in 2011 to 78% in 2017, influenced heavily by the ability to access VoD services via smartphone or tablet. Freeview’s mobile app, responds to recent changes in viewer behaviour, recognising that viewers still see linear TV as their central viewing platform, but want the flexibility to watch VoD and continue enjoying their favourite shows on their mobile devices when they leave the house.

Our work with Freeview has been focused on giving viewers a service on their mobile devices, that they would be familiar with from their Freeview Play connected TV. For example, we knew from research Freeview undertook and the subsequent brief provided to us that viewers are used to having a responsive Electronic Programme Guide (EPG) on their connected TVs, so we ensured the app included a backwards EPG that automatically caches data to make the user experience as smooth and responsive as possible. We also built the app to select the correct Television region using postcodes or location data provided by the device, giving users access to localised services, such as local news, as they would expect on a TV.

Despite the strength of linear, the television industry has been moving towards an increasingly hybrid television viewing model for a number of years now, where consumers can enjoy the benefits of both linear and VOD services. 52% of households now own a broadband-connected smart TV or TV connected to the internet via a secondary device, and this has inspired an explosion of rights holders introducing their own on-demand players and OTT channels.

With the wealth of new content options it is becoming increasingly important for viewers to be able to access their desired content quickly and easily. With so many options, not only do they have to remember which channel or player carries a particular programme, but they often also need to navigate between a number of different services in order to locate it. For a Freeview mobile app to be successful, it had to solve those challenges and provide a seamless user experience across linear and on demand.

The app’s ability to deep-link means audiences are taken directly to the broadcaster’s services from the Freeview app, whether that is iPlayer, ITV Hub, All 4, My5 or other broadcaster players. Using the app, viewers can search for and access content from across the Freeview network, and switch seamlessly between different broadcaster’s players. Meanwhile, broadcasters continue to receive data directly around viewing figures and consumer behaviour, so they can provide tailored experiences for their audiences.

Today’s viewer expects easy access to their chosen content, and services that make accurate recommendations based on their preferences, and these considerations were central to the development of the app.

Another key factor in the design of the Freeview app, was the manner in which viewers consume their content in the modern day. A report by Nielsen, based on adults in the US, found that 45 per cent of people use a second screen either ‘always’ or ‘very often’ while watching TV. Many use smartphones and tablets as viewing companions, allowing them to look up information about the programme they are watching or interact with it via social media.

Freeview wanted to ensure the app could be used as a companion for people watching or planning to watch content on a main screen. Our caching of the EPG gives users a responsive seven day forwards and backwards programme guide, allowing them to find out what shows are on even if they’re offline. Then, by integrating the app with the Freeview Play metadata system, viewers can access more detailed up-to-date information on any given programme.

More importantly, we worked hard to build meaningful accessibility voiceover information into the app, whereby on-screen audio describes the features visible on the screen so all users can get the most out of its content. It is crucial for a free-to-air, open platform to tailor its services for all audiences, and few apps offer such capability.

The broadcast industry is in the midst of arguably its most significant transformation since the roll-out of colour television in the 1960s. The linear television viewing model continues to stand strong, however the ways that people are consuming content is in a constant state of flux.

In September, BARB announced that it would be starting to measure the habits of viewers across tablets, PCs and smartphones, as well as TV sets. It is predicted that on average, across all types of TV content, viewing across tablets, PCs and smartphones adds 1.5% to overall viewership numbers, with the reality entertainment show Love Island registering an extra 24.4% of viewers for a single episode.

The Freeview mobile app has been designed and developed to reflect the needs of modern viewers, who want more control over their content, and more flexibility in how they watch it.

Drew Hosie is head of product and proposition development, terrestrial broadcast at Arqiva