Quibi – a revolutionary platform or an expensive flop? 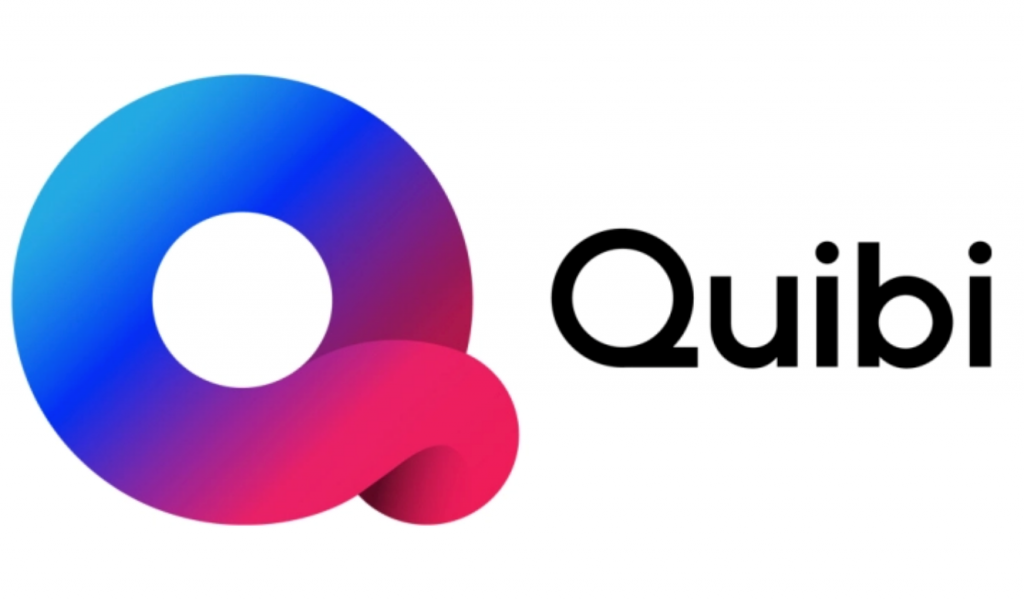 At the time of publication, Quibi is less than three days away from rolling out in the US and it still seems a largely unknown entity.

Set to launch on April 6, the short-form streamer’s unique selling point is its mobile focus – both in terms of viewing options for both landscape and portrait, but also in its content. Its star-studded shows will all be less than 10 minutes in length, while it will offer ‘movies in chapters’ of between four and 10 minutes.

The entire Quibi library will be created for the platform and will span across scripted, documentary and reality content – unlike Apple TV+ which, while being similarly high-budget, is all scripted to date.

The service is similar in price to Apple’s SVOD, with an ad-supported model at US$4.99 per month or ad-free at US$7.99 per month.

Though somewhat absurdly named, Quibi – literally a portmanteau of quick bites – is designed for users on the go and while nobody would have planned for the current climate, it is squarely antithetical to the sofa-dwelling binging culture that has been engendered amid a near-global lockdown.

And though mobile device usage has increased alongside smart TVs and streaming sticks, the question still remains whether enough has been done to convince users to sign up for the service – regardless of whether its potential audience will be commuting to and from work or stuck inside. 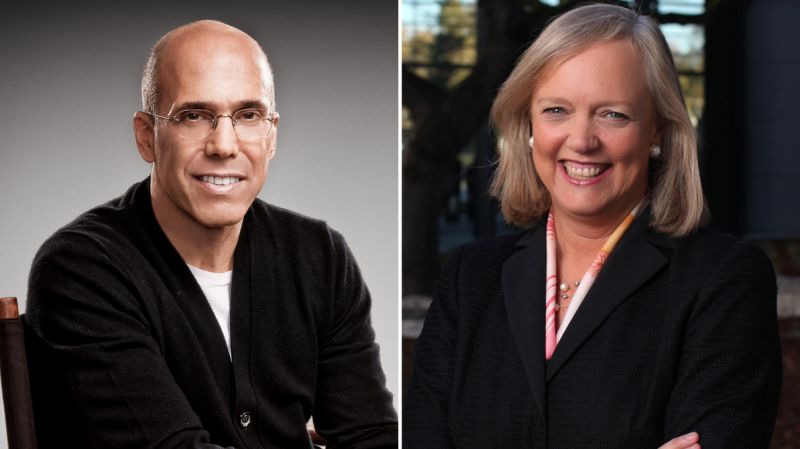 Hollywood certainly seems on board. Under founder Jeffrey Katzenberg (who oversaw the ‘Disney Renaissance’ of the late-80s to mid-90s before going on to found and serve as CEO of Dreamworks) and Meg Whitman (former president and chief exec of eBay and Hewlett Packard) as CEO, Quibi has done enough to attract over US$1.75 billion in funding ahead of launch.

Along with creating expensive shows such as the Liam Hemsworth and Christoph Waltz starring Most Dangerous Game, a healthy amount of that money has gone into the development of its rotating video platform (though that itself has been embroiled in controversy and legal disputes) and marketing.

Its handful of Super Bowl ads served to explain what the service is to a captive audience, but also to propel Quibi into the upper echelon of streamers in an increasingly saturated US market. Super Bowl advertisements are a sign of prestige, and at US$5.6 million for 30 seconds they aren’t cheap. 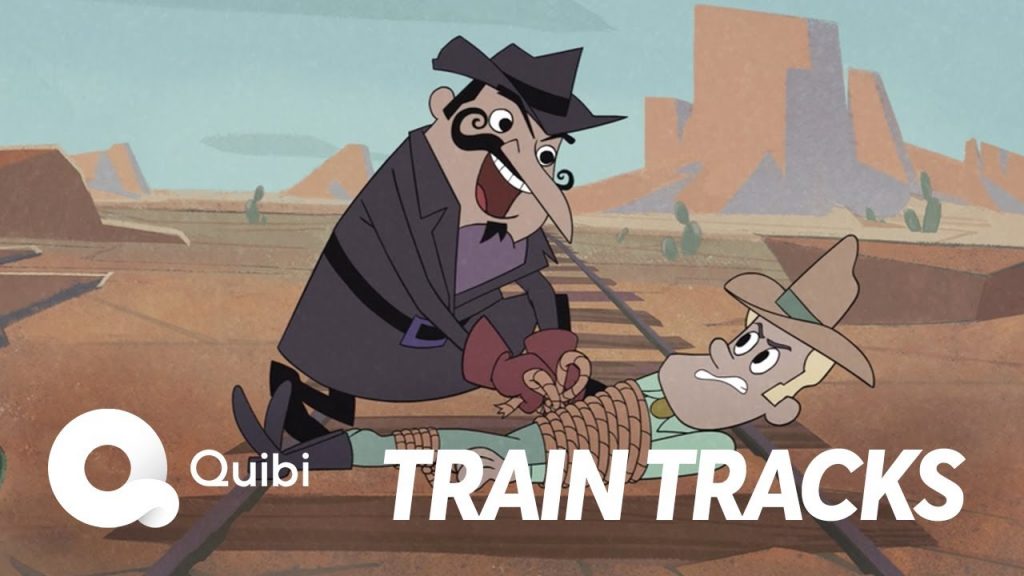 One of Quibi’s US$5.6 million Super Bowl ads

In other words, Quibi advertising its new and exciting service in the middle of the Super Bowl multiple times at over US$5 million a pop is effectively a statement of ‘if we’re spending this much on the ads, imagine how good the actual thing is.’

And while the tagline of “I’ll be there in a Quibi” emerged as something a meme from ‘The Big Game’, awareness of the service is still low. A poll from The Hollywood Reporter and Morning Consult conducted between March 19-21 (over a month on from the Super Bowl) found that 68% of respondents had never heard of Quibi.

In the US, the streamer will hope that its marketing and distribution deal with T-Mobile – and a similar deal with Bell in Canada – will help in getting the word out and attract sign-ups from the operator’s users, or at least further awareness of Quibi and its 90-day free trial.

Rich Greenfield of LightShed Partners is optimistic that the streamer will attract up to 10 million subscribers in its first year, with the analyst saying that “this might be the most unique moment in history to launch a streaming service.”

Disney has already made the most of the situation, with its Disney+ D2C product seeing five million app downloads in the 24 hours after it launched in Europe on March 24. And though research conductor App Annie said that Disney+ “with its array of kid-friendly programmes, might be part of the solution for many households,” it’s not just families with young children who are locked inside.

Quibi, with its decidedly more mature focus on millennials, may also benefit from what people want to watch amid the pandemic. A separate report from TV Time found that audiences are using the period to watch drama and comedy – both genres upon which Quibi has heavily marketed itself. 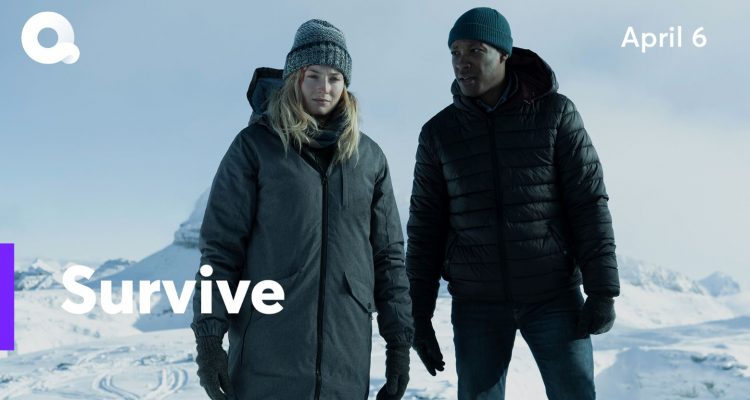 In terms of creative backing, the content is compelling. Directors Steven Spielberg, Sam Raimi and Guillermo del Toro are all on board with countless A-list actors and celebrities seemingly lining up to get involved.

A streaming service is effectively a meeting of three parts – financial backing, compelling creativity and an innovative user experience. Quibi seems to have all those bases covered, but it is impossible yet to tell whether there is a space for it in the market or if Quibi is simply providing an answer to a question that hasn’t been asked.

Verizon famously sunk USD$1.2 billion (€1.07 billion) into its Go90 video streaming platform before shutting it down in 2018, while social media giant Snapchat has struggled to get its Snap Originals into the zeitgeist.

Quibi’s selling point might be its brevity, but that may also be its undoing.

Meg Whitman has, on multiple occasions, said that watching a ‘Quibi’ would be equivalent to the amount of time stood in line and waiting for a coffee. While that’s an effective way of telling audiences about the ease of viewing, it is also at a premium.

Will the general public actively pay to watch a four-minute video while standing in line rather than just scrolling through social media or watching a free video on YouTube? The jury is still out.

Quibi is likely the last, best shot at a premium short-form streaming service, but if anyone is going to do it, it’ll be Meg Whitman and Jeffrey Katzenberg. With a practically endless reservoir of money and talent, Quibi is likely to, once and for all, answer the question of whether it is possible to launch a successful, mainstream, premium, short-form streaming service.