Is coronavirus just an excuse for Quibi’s poor performance?

Quibi, the short-form streamer which launched with outrageously deep pockets and significant fanfare on April 6, has barely left the news over the past three months for all the wrong reasons.

Whether it is founder Jeffrey Katzenberg blaming its underwhelming subscriber numbers on the global coronavirus pandemic, advertisers seeking revised deals as a result of that start or the latest news that the platform is predicted to miss its year one target by more than five million subscribers, Quibi has become something of an easy target for the industry with some already predicting that it will be “the most expensive flop in TV history”.

That cost includes a handful of adverts during February’s Super Bowl which served to introduce the platform to a captive audience and flex the company’s seemingly bottomless pot of cash. For context, Super Bowl ads run at roughly US$5.6 million for 30 seconds and are used as something of a signifier of ‘prestige’ brands.

But then lockdown happened. 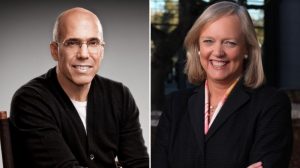 While not an amazing start by any stretch, Quibi saw moderate success with 3.5 million app downloads in the first month and 1.3 million active users taking advantage of a 90 day free trial. But now we are starting to reach the end of that 90 day period and it is getting to sink-or-swim time for Quibi, and all estimates seem to point more towards the former.

According to a report from the Wall Street Journal, the start-up will only manage 2 million subscribers by April 2021 – more than five million shy of its initially projected 7.4 million.

“Honestly, it was probably always a little ambitious,” argues Henry Beckwith, analyst at Ampere. “The value proposition of Quibi from the start has been hard to clearly define. Whilst claiming to compete more in the social media world than the streaming world, Quibi crucially has so far failed to provide enough added value to consumers to justify the US$4.99 minimum price tag.”

The ongoing pandemic is undoubtedly a significant factor for why Quibi – which launched as a mobile-only streamer and hastily added a way of casting to TVs at the end of May – has suffered, but there’s an argument to be made that this is an excuse for a deeper problem with Quibi. As Beckwith says: “coronavirus was certainly a factor, but it is not the only reason for a difficult launch.”

Part of this is down to content, which while having some bright spots has largely been received in unremarkable fashion. As Douglas Clinton, a former research analyst at Piper Jaffray and current managing partner at Loup Ventures, wrote: “Given the demands on our time, we pay attention to new things that elicit some emotion. Things that bore us elicit no emotion, and we ignore those things. Things that excite us elicit emotion, and we often share those things. Quibi’s content isn’t bad, it’s perfectly fine. It’s just hard to get the attention of a new audience without very compelling content.” 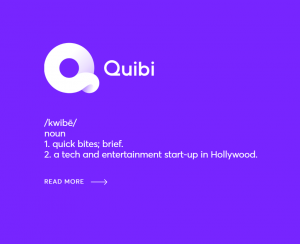 Outside of the service itself, Quibi as a company has already been at the centre of a number of PR controversies.

After the poor start, Katzenberg and CEO Meg Whitman sent a memo to staff playing down reports that it would look to cut jobs while some staff were reportedly “seething” over Reese Witherspoon’s US$6 million fee for narration on the negatively received documentary series Fierce Queens – a deal made even more salacious by virtue of the fact that Witherspoon’s husband Jim Toth was hired by Quibi in 2019 as its head of content acquisition and talent.

Another report claimed that there are also tensions at the top of the company, with Whitman in May 2018 apparently sending Katzenberg a list of her problems with him – including ‘dictatorial treatment’ of the CEO and other staff.

And these are only the latest controversies. Quibi also admitted to sharing user information to third-party advertisers and trackers without permission and is facing a legal battle against vendor Eko, which alleges that the company stole technology used for its Turnstyle feature, which switches video from vertical to horizontal formats in real time for mobile users.

Suffice to say that none of this inspires confidence in the company – from both users and its investors.

After the launch, brands such as PepsiCo, Taco Bell, AB InBev, and Walmart were all reportedly seeking to defer payments or adjust their billing schedules with some concerned about the subscriber numbers.

Equating these first few months to the mythical tale of Icarus flying too close to the sun may be a bit much, but part of the internet’s collective revelling in Quibi’s misfortune has a touch of schadenfreude at the company’s unearned hubris.

Quibi is targeted squarely at a millennial audience who grew up with smartphones and are online at all times. Whitman and Katzenberg between them have over 60 years of industry experience and are esteemed names, but are so thoroughly detached from the demographic they are targeting that a service like Quibi can come across as out of touch.

That much is evident from Quibi’s hostile approach to the social media that is central to the online lives of the demographics it is targeting, Beckwith at Ampere says. “Social media accessibility has been very limited and ultimately stifled Quibi’s ability to gain traction. For a platform looking to compete for eyeballs with other social media platforms, it’s not very social. There are no shareable links to social media, users cannot like or comment, and screenshots do not work. By removing the capability to capitalise on the free marketing of social media trends, Quibi has limited it’s reach dramatically.” 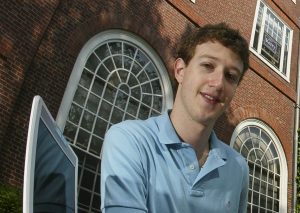 Mark Zuckerberg was 19 when he co-founded ‘The Facebook’ in 2004. Jeffrey Katzenberg was 69 when Quibi launched.

Part of the reason for Facebook’s meteoric rise, as charted in David Fincher’s 2010 film The Social Network, was because it was effectively designed by the people who were going to be using it. Quibi, by contrast, is not aimed at people like Jeffrey Katzenberg and Meg Whitman.

The millennial generation is one which knows what it wants, and a service such as Quibi feels like an embodiment of that quote: a business strategy which feels simultaneously focus tested to within an inch of its life while also being a service which nobody asked for.

There’s no avoiding that the coronavirus pandemic is partially responsible for Quibi’s slow start, but it may also be papering over a huge and unavoidable crack in its makeup.

We will learn more of Quibi’s trajectory in July at the end of the 90 day period, Beckwith concludes. “Once that comes to an end the proportion of users that convert to active subscribers will be an important metric determining how confident Quibi’s backers are.”

It remains to be seen whether this cynical perspective is appropriate, but the initial signs seem to point in that direction.