Somewhat buried under the news that its streaming business has exceeded 100 million subscribers and that its Summer blockbuster film is going straight to home rental for US$29.99, Disney actually used its Q3 earnings call to quietly announce a new international streaming service.

Launching next year, the company will offer an international streamer dubbed Star – utilising the Indian brand it acquired as a part of the US$71 billion merger with Fox and whose Hotstar product it used to launch Disney+ in the country earlier this year.

Few details were given, but it is clear that Star’s key focus is on being as un-Disney as possible.

Disney CEO Bob Chapek said: “Mirroring the strategy we successfully pursued with Disney+, the offering will be rooted in content we own from the prolific and critically acclaimed production engines and libraries of ABC Studios, Fox Television, FX, Freeform, 20th Century Studios and Searchlight.”

In other words, don’t expect there to be any clothed mice, magical princesses or infant green aliens anywhere near Star. Streaming was one of the lone bright spots of Disney’s financial results, which may be why it is so keen to carry on expanding its D2C segment with a new product.

While speculation mounts, parallels will undoubtedly be drawn between Star and Hulu, which Disney assumed full control of in mid-2019.

However, while Hulu is part of the Disney brand now, its complex history as an amalgam of multiple broadcasters and studios has turned it into one of the most prolific libraries of third-party content in the US. 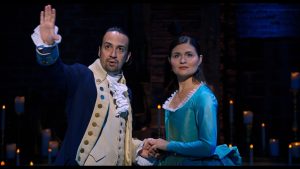 Disney+ has seen tremendous success to date with over 60 million paying subscribers thanks to hit originals like The Mandalorian and Hamilton (pictured).

By contrast, Chapek promised that similar to the walled-garden created with Disney+, Star will entirely be made up of content the company owns.

This appears a sensible strategy and one which the industry is invariably headed towards as an increasing number of broadcasters and media empires launch their own services.

It also means that Disney won’t have the rug pulled out from underneath itself by building a platform around major titles from other broadcasters.

Disney will have learned from Netflix’s US dealings with WarnerMedia and NBCUniversal who claimed back Friends and The Office for their own HBO Max and Peacock services.

Netflix was able to survive those hurdles because, well, it’s Netflix, but also because it has spent the past decade building up a compelling library of its own content like Stranger Things, The Witcher and countless others.

It’s also worth noting that Disney, with the catalogue of studios listed by Chapek, arguably doesn’t need to acquire third party content. It’s safe to assume that Disney will look to create Star-branded original series, and it has seen from the 60 million-plus Disney+ subscribers that some new shows combined with an extensive library of owned IP should create another hit streamer.

However it remains to be seen whether shows like Modern Family will have the same drawing power of Captain America and Luke Skywalker.

Paolo Pescatore, tech, media and telco analyst at PP Foresight commented on the announcement with a word of warning for Disney’s growing streaming empire: “There are too many services chasing too few dollars. Disney needs to ensure a growing slate of successful shows to ensure services like Disney+ remain an indispensable part of a household’s TV needs.”

Disney is not on its own in announcing an international streaming service of this calibre.

The day after Disney lifted the lid on Star, ViacomCBS provided further details on its previously announced ‘super service’ for release in 2021.

Like Star, the “broad pay” CBS All Access will combine a selection of content from its brands including CBS, MTV, Comedy Central, Nickelodeon, its Paramount film studio and current SVODs Showtime and CBS All Access.

Details are similarly scarce, but ViacomCBS CEO Bob Bakish confirmed that its priority will be on fast-growing over-the-top markets, such as Australia, Latin America and the Nordic countries.

Unlike Star however, ViacomCBS is already established as an SVOD brand in a small number of markets with CBS All Access and Paramount Plus. In those countries, it is understood that CBS All Access will relaunch with a bolstered library and new user experience, but things may be more complicated in Australia where CBS All Access is branded as 10 All Access as a joint venture with Network 10. 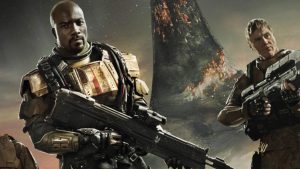 Little is known about Showtime’s adaptation of game series Halo, but ViacomCBS will hope that it can emulate the success of Netflix’s adaptation of book and game franchise The Witcher to become a platform-seller.

The streamer will also will have the advantage of playing host to Showtime originals, such as the eagerly anticipated videogame adaptation Halo, though the fact that much of its content has already been sold off to third-parties in a number of countries will lead to speculation about the nature of its distribution deals. (Star meanwhile is unlikely to feature Hulu originals, given that the vast majority of its critically acclaimed hits such as The Handmaid’s Tale, The Great and Devs are licenced to disparate operations around the world.)

One such deal is a recently announced partnership with NBCUniversal to provide its Peacock service with a number of shows and movies such as Ray Donovan and The Godfather. The announcement said that many of these titles would simultaneously be on Peacock and ViacomCBS’s own platforms, but the media giant may look to renege on its agreement if it is bolstering a direct competitor.

It might have much of its content tied up elsewhere, but ViacomCBS is bullish about its own library and will not look to third-party deals in order to bulk up CBS All Access.

While much of the announcement poses more questions than answers, what is clear for ViacomCBS is that this new-look CBS All Access will be designed to complement its AVOD proposition Pluto TV, with the company saying that they will “move in parallel”.

Disney, by contrast, will look for Star to complement Disney+, with Chapek suggesting that it will sit inside the existing platform in some markets.

Star and CBS All Access will be going after much of the same audience, and it would be hyperbole to say that the first out of the gate will be the better off of the two, but in an increasingly congested market where audiences are already growing overwhelmed by the number of options to them any advantage will help.

Speaking on the latest episode of Digital TV Europe’s TV Watch podcast, Omdia chief analyst Ed Barton outlined what makes a successful OTT product: “You need a positive reason for people to come to you, and that positive reason is almost always in the form of content that you can watch there and you can’t see anywhere else.”

Content is king, as they say, and ultimately the most successful streaming services will be the ones which have the best – and most exclusive – shows and movies.