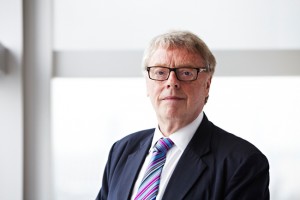 Content owners are sceptical about the EU’s plans for a Digital Single Market. They want to protect the status quo on selling rights. Raymond Snoddy reports.

Ross Biggam, director general of the Association of Commercial Television in Europe (ACT), believes you need a degree in Kremlinology to work out exactly what the European Commission is trying to do with its plans for a Digital Single Market (DSM).

The Commission has faced concerted opposition from the film and television industries – not least the ACT, which represents the interests of commercial broadcasters in 37 countries – over what are seen as attempts to end, or erode, geo-blocking of content across the EU.

Biggam’s point was illustrated at a Brussels press conference on May 6, when a Commission vice-president, Andrus Ansip, who is the lead commissioner responsible for creating the DSM, tried to explain the latest proposals.

Ansip, an Estonian who has expressed hatred of geographical blocking of programming because it prevents him watching Estonian football in Brussels, claimed: “We don’t want to destroy the system based on territoriality.”

But then he added: “I am not supporting absolute territorial exclusivity.”

Matters became more curious when Roberto Viola, deputy director-general of the EU’s communications directorate, DG Connect, explained, “territoriality is like cholesterol, there is good and bad”.

Warming to his theme, Viola argued that preventing portability of services and accessing of content across frontiers were examples of bad cholesterol that must be tackled.

Biggam and his colleagues in the European television industry will be left scratching their heads for some time about the Commission’s specific legislative proposals. They are not expected to be published until December.

At stake is a comprehensive plan to create a single online market, which could be of great economic benefit to an EU population of more than 500 million. It covers everything from cyber crime and protection of intellectual property to improving cross-border parcel delivery, which would boost e-commerce.

The Commission says that the information and communications technology sector has accounted for only 30% of the growth of Europe’s gross domestic product in recent years, compared with 55% in the US.

Removing barriers to a DSM in Europe, commissioners argue, could close that gap with the US and create up to £250 billion (€353 billion) of economic growth.

However, the European audio-visual industries, from broadcasters and film producers to screenwriters and sports rights owners, remain unconvinced. They are, at best, wary of – and possibly still hostile to – the Commission’s plans. They will try to block any attempt by the Commission to impose compulsory pan-European licensing of content.

“This is clearly an ideological position by the Commission on the false premise that, if you create a single digital market in Europe, somehow this will generate huge multinational tech companies that can take on the Americans at their own game,” adds McVay.

The danger, maintains the Pact executive, is that if anyone were to license a high-value programme to a video-on-demand service in France, for instance, it would then have to be made available across the EU.

There can be little doubt of the Commission’s ambition. A leaked draft made clear that it would propose measures aimed at allowing “full portability of legally acquired content”.

This strategy document also promised to facilitate “access to legally paid-for, cross-border services (for instance, allowing a resident of one member state to access online content currently available only to residents of another member state) while safeguarding the value of rights in the audio-visual sector”.

The Commission’s formal proposals published on May 6 reflected some of the concerns expressed by broadcasters – at least in the language used.

The Commission said it recognised the importance of territorial rights but promised to end “unjustified geo-blocking” – the word “unjustified” appears to be a late addition.

It also promised a review of the 1993 Satellite and Cable Directive to see whether its scope needed to be enlarged to cover broadcasters’ online transmissions.

The Commission made it clear that it still wants wider online access to works across the EU and to ensure that users who buy films, music or articles at home can also enjoy them while travelling across Europe.

McVay remains unconvinced: merely “recognising” the importance of territorial rights doesn’t amount to a commitment. And who would define what is “unjustifiable” geo-blocking, he asks.

“I think these are the usual bureaucratic warm words that mean nothing and can be interpreted in a number of ways,” he continues. “At the heart of what they want is to remove geo-­blocking, which removes territoriality at a stroke. I don’t think they have moved on that at all.”

The Pact-led campaign will go on, and will be supported by ACT, which says it will be watching the Commission like a hawk.

The broadcasters’ case against the DSM is that, however carefully the Commissioners’ words are chosen, their initiative would have a number of unintended, negative – but wholly predictable – consequences for owners of high-value content in sport, film and TV drama and entertainment.

First, owners selling on a pan-­European basis would find that smaller national platforms would be unable to pay. Second, online rights would be snapped up by large international players, such as Netflix or large mobile or cable companies.

Third, content could simply be withheld from online distribution until exclusive, lucrative national broadcast windows have expired – resulting in less content and less choice than there is now.

Fourth, there would be a risk that smaller markets and minority languages could be marginalised – ironically, the very opposite of what Ansip, the Estonian commissioner, is trying to achieve.

The UK’s Premier League, in particular, is said to be “spitting bricks” about the likely negative effect of Commission plans on the value of its TV rights deals across Europe. Having to offer a pan-European contract could lead to a levelling down of the value it derives from selling those rights in the UK – by far its biggest market.

Biggam says ACT members are ­worried about the unintended consequences, “particularly the difficulty of financing big shows across different territories”.

The European Broadcasting Union (EBU), which represents public service broadcasters, will also be watching carefully to see what finally emerges from the Commission.

Jacques Lovell, an EBU Brussels specialist, commented before the May announcement: “We think the whole licensing process and the possibility for the user and the rights holder to negotiate should remain at the very heart of how we use works.”

He added: “Rather than banning geo-blocking, which would hurt the whole industry, we should be looking at modernising existing licensing solutions.”

Sky declined to comment but is part of the broadcasting opposition to the Commission’s geo-blocking plans.

Although the Commission is determined to take rapid action, there is a long way to go before implementation.

The lobbying will now really get under way before the plans go to the European Council and European Parliament and on to member states – a two-year process.

Earlier, Downing Street caused pandemonium by warmly welcoming the Commission’s overall plans for a digital single market, despite the opposition of the film and television industry.

Cynics saw it as an attempt to curry favour with the Commission in advance of attempts to re-negotiate UK membership.

The game is on and the outcome is uncertain. The likelihood is that some sort of portability will be introduced. This might allow people going on holiday to access their TV subscriptions for a limited time in another EU country.

Undoubtedly, there will be a sustained battle to prevent the Commission overturning the traditional sale of rights, country-by-country, in Europe.

Estonian football may not be on Andrus Ansip’s television screen in Brussels any time soon.

This article, written by Raymond Snoddy, originally featured in the Royal Television Society‘s Television magazine. Read the May issue here.