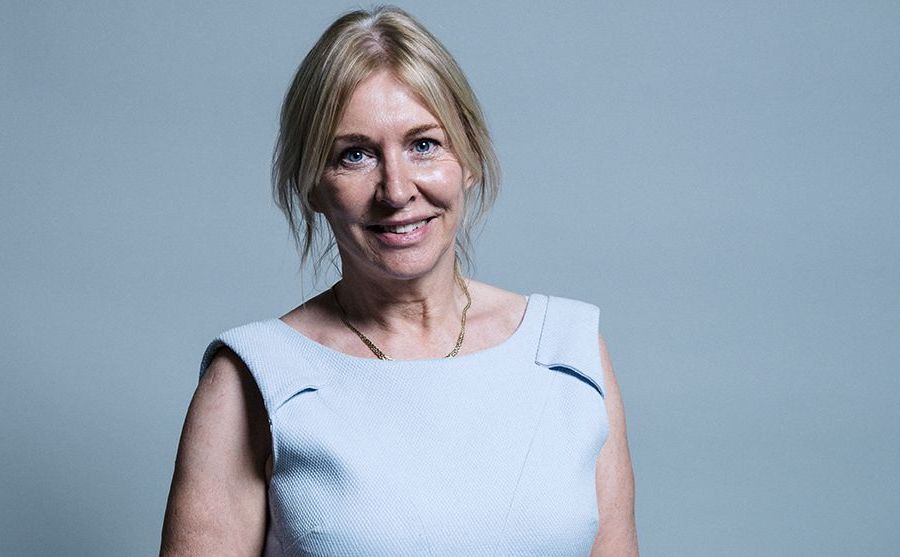 When Boris Johnson’s Conservative party was elected in late 2019, one of the first things the prime minister did was to send chancellor Rishi Sunak on national television to launch a public inquiry into the criminalisation of non-payment of the licence fee.

Fast forward 21 months or so and the government has a new culture secretary – and one who has not tried to cozy up to the BBC in the past.

Replacing the ‘MP for Albert Square’ is Nadine Dorries, a vocal critic of the BBC which she has referred to as “a biased leftwing organisation which is seriously failing in its political representation, from the top down.”

Suffice to say that it is not exactly the best position from which to be starting a relationship with the broadcasting institution.

For his part, BBC director general Tim Davie publicly has not appeared fazed by the appointment, telling the RTS Cambridge Convention: “I wouldn’t get too distracted by it; it’s all about sitting down with the ministers and the teams and really getting into it, I’m not distracted by it. I think we have got a strong case for investment in the BBC.”

In fairness to Davie, after a year at the top of the BBC it is likely that he’s used to the jibes thrown the broadcaster’s way by government officials, but the unfiltered nature of the former I’m a Celebrity… Get Me Out of Here contestant may test his sensibilities.

However it’s not just the BBC in the midst of an existential crisis right now. The entire state of broadcasting in the UK is undergoing a rapid change as consumers increasingly move towards streaming.

While the TV industry only makes up a part of the role of secretary of state for digital, culture, media and sport, here are three pressing issues Dorries will immediately face from the sector.

In what turned out to be one of Dowden’s last meaningful contributions to UK broadcasting before being shifted to party co-chairman, the former culture secretary opened a formal consultation into potential privatisation of Channel 4.

In its description of the consultation, the government noted that “Channel 4 has successfully delivered on its remit, aims and objectives since it began broadcasting almost 40 years ago,” but that “the evolving media landscape poses material challenges to Channel 4’s future success and sustainability under its current ownership model and remit.” 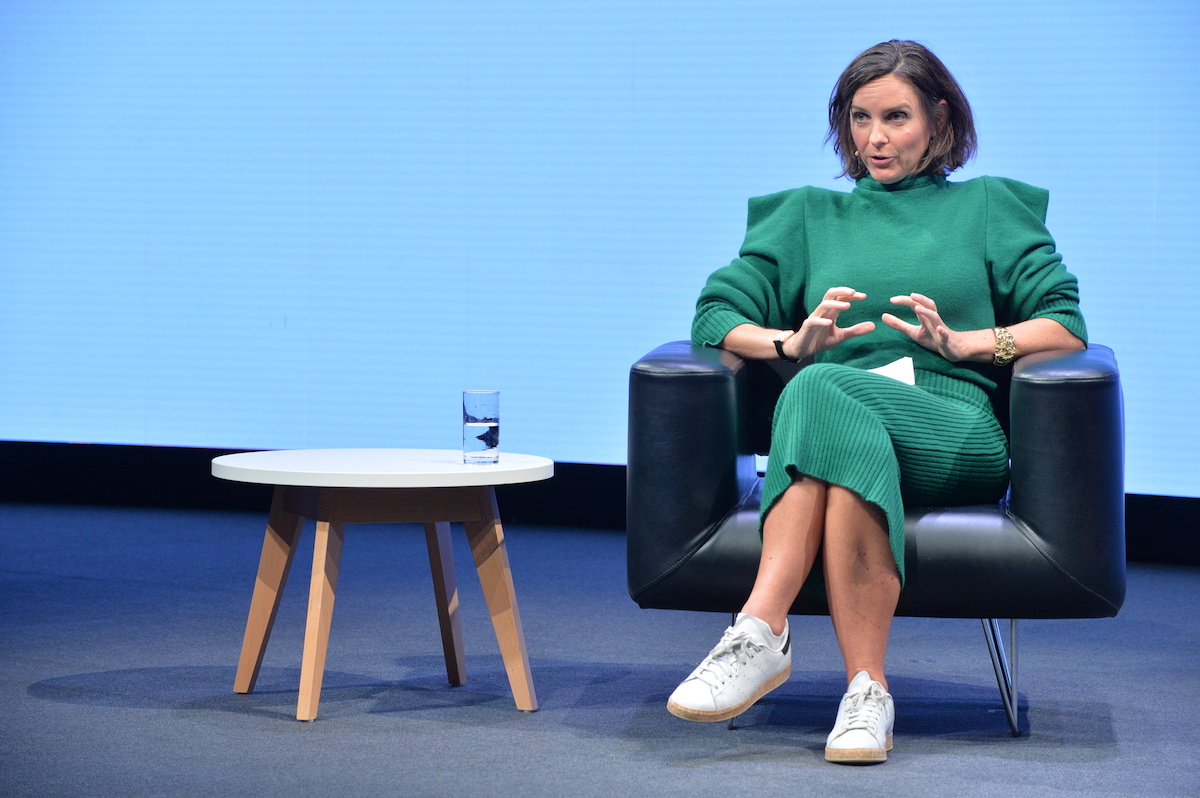 This has not gone down well with the broadcaster itself or critics who argue that selling Channel 4 to a for-profit media company (such as Discovery) would negatively impact its creative output, its editorial direction and prove to be a £2 billion drain on the UK’s creative economy over 10 years.

Just this week, Channel 4 CEO Alex Mahon said that there is “no data or evidence” that privatising the broadcaster would create a more diverse ecosystem. Speaking at RTS Cambridge, she pointed to Channel 4’s smash hit series It’s a Sin as an example of a show that was “rejected by every commercial broadcaster,” and said that the new show Black To Front would not have made it onto screens under private ownership.

Also speaking at the event on the day of the reshuffle – and hours before he was handed a new job title – was Dowden, who doubled down, stating: “I believe that if Channel 4 wants to grow then at some point soon it will need cash. It can either come on the back of the taxpayer, or it can come from private investment. And it’s my strong position – as a point of principle – that I do not believe the borrowing of a commercial TV channel should be underwritten by a granny in Stockport or Southend.

“Without [funding], Channel 4 won’t have the money to invest in technology and programming, and it won’t be able to compete with the streaming giants.”

Given how much Dorries typically aligns with the prime minister (and in some cases argues that his extreme views on religion do not go far enough), it would be difficult to imagine that she would break from the party line on this issue, and it is likely that her views on the matter are similar to her opinions on the licence fee.

The BBC and the licence fee

The government’s looks into licence fee reform took something of a back seat in 2020 as attention shifted to the ongoing Covid-19 pandemic and the fallout from Brexit.

However, with the next general election not due until 2024 and another reshuffle unlikely for the foreseeable future, some of the government issues which took a backseat over the past 18 months will get fresh attention from their new ministers.

As such, Dorries will bring renewed energy to the government’s war with the BBC and the licence fee. 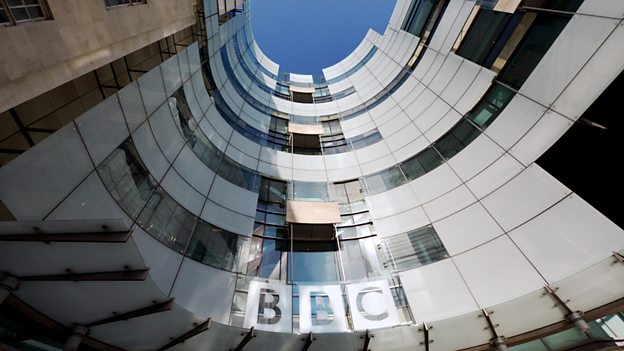 The BBC’s charter means that the model will be in place until at least 2027, but the government recently denied the broadcaster’s request to ensure that the cost of the licence fee increases in line with inflation.

The appointment of Dorries is simply the latest escalation of tensions between the government and the pubcaster, with neither wanting to back down to the other.

In addition to criticising the BBC’s political presentation, Dorries has referred to the licence fee as “a tax on the ownership of a television” and “a completely outdated concept.”

If the BBC was hoping for a lighter touch from the government in its reshuffle, the outspoken Dorries is exactly the opposite.

The last major area that will involve Dorries is the developments at Ofcom.

Most visibly is the appointment of a new chairperson, a role which the Conservatives have tried to fill with a Tory-friendly appointee.

Paul Dacre, the former Daily Mail editor was said to be handpicked by the Prime Minister a year ago, but the position remains unfilled. His appointment was due to be announced in February, but the chairman hiring process was restarted in May when Dowden criticised ‘very heavy lobbying’ against Dacre from Facebook’s VP of global affairs and communications Sir Nick Clegg.

Ultimately the panel in charge of appointing the chair considered Dacre to be “unappointable” as an impartial chairman, partly due to the fact that he repeatedly stated that he would distance the regulator from the BBC during interviews. 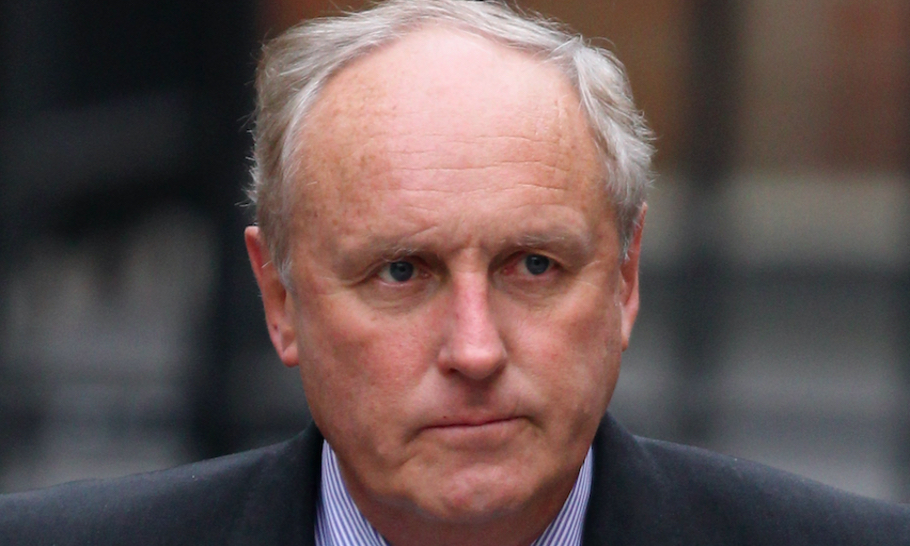 Since then, Julian Knight, the Conservative chair of the culture select committee, has written to the government to demand that previously unsuccessful candidates – including Dacre – should not be allowed to reapply.

Now the task of finding a new candidate who is friendly to the government falls on the desk of Dorries, with former culture minister Ed Vaizey being touted as a potential chair.

The minister will also play a role in Ofcom’s attempts to overhaul public service media (PSM) rules. These new proposed rules seek to ensure prominence of publicasters on digital platforms, and extend commissioning obligations to support independent productions to all PSM content.

Dowden also this summer proposed new rules that would extend the regulator’s reach to cover the content presented on streaming platforms. That came after a campaign from ministers to add a health warning to Netflix’s The Crown over its uncharitable presentation of historical events.

Dorries does not have a shortage of tasks in front of her as culture minister, including a planned bid to stage the 2030 FIFA World Cup. But few areas of the office’s remit are as changing or dynamic as television, and this culture secretary has the potential to make decisions which will impact the industry for decades – whether her critics like it or not.