Brit Player or bit-players: PSB collaboration in the digital era 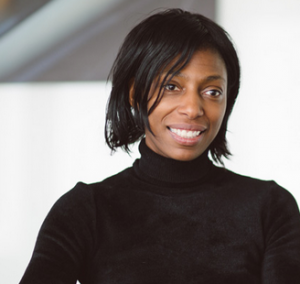 Ofcom CEO Sharon White this week made her strongest plea yet for UK public service broadcasters to get together and collaborate, this time specifically calling for a common digital platform that would bring together the content on the individual broadcasters’ on-demand services – BBC iPlayer, ITV Hub, All 4 and My5.

This is not the first time the Ofcom chief has called for closer collaboration between UK broadcasters. At an event in March she argued that a revival of Project Kangaroo – the ill-fated plan of 10 years ago to create a joint digital offering – would meet with regulatory favour in today’s changed competitive environment.

This week’s speech at Freeview’s Outside the Box event went further by making the case for a combination of online activities into a single ‘Brit Player’ – although with the somewhat woolly caveat that this could sit alongside existing brands.

White expressed regret that the UK broadcasters were currently taking “different paths” and cited the BBC’s plan for more box-sets on iPlayer. The latter project has fallen foul of Ofcom in its new capacity as independent regulator for the public broadcaster. The regulator’s own assessment of the BBC box-set plan posited that the BBC could take an increased share of video-on-demand viewing that would harm commercial players. The watchdog has now required the BBC Board to undertake a public interest test to assess the possible anticompetitive impact of the proposed changes. (Somewhat ironically, White in her Outside the Box speech used her frustration at not being able to find complete box-sets of the BBC’s Line of Duty to illustrate the need for more digital ambition from the UK PSBs.)

Quite how a common platform would work in practice given the different commercial imperatives of those involved and the different regulatory constraints under which they must operate – as evidenced by the box-set issue – is not clear. While the PSBs could feasibly work out a deal for a combined commercial offering such as a revived Project Kangaroo – with the BBC’s involvement confined to commercial unit BBC Studios, combining a licence-fee funded service such as iPlayer with commercial broadcasters’ players raises a number of thorny issues, not least how to reconcile the commercial imperatives of ITV and C5 with the strict public service remit of the BBC.

White’s suggestion that the BBC take the lead on the project also raises a possible concern that the Beeb could be saddled with bearing costs for something that will ultimately benefit commercial players – as effectively happened with YouView, the pubcaster-supported technology platform that ultimately provided something of a free ride for BT and TalkTalk to obtain a platform for their pay TV offerings.

One of the touted benefits of Brit Player is that the broadcasters could share data to “provide unprecedented insights for investors, commissioners and advertisers”, in White’s words. But would BBC data be used to provide “unprecedented insights” for advertisers? That seems like something that would raise more concerns among competitors than a few extra box-sets becoming available on iPlayer.

Talk of collaboration between the BBC, ITV, Channel 4 and Channel 5 is not going unchallenged. Sky’s UK chief Stephen Rooney has raised the objection that the pubcasters still account for the lion’s share of UK viewing and argued that any joint project should be subject to a competition review just as Kangaroo was.

Sky of course has its own agenda, and wants to be able to present content from the BBC, for example, outside the walled garden of iPlayer on its own Sky Q service. Earlier this month, Sky’s policy and public affairs chief David Wheeldon argued, in the context of Ofcom’s consultation on the prominence of PSBs in programming guides, that “to be truly prominent, the PSBs should be working with platforms to make their content available in all ways that viewers want and can discover it, rather than seeking to trap it in proprietary walled garden apps that often don’t contain PSB content”. (White’s suggestion in her speech this week was that the prominence issue could be solved by creating a ‘PSB’ button on remote controls.)

The current ‘Brit Player’ discussion – and press coverage of it – has in any case lacked clarity, conflating free-to-view content available on the broadcaster’s players with calls for a ‘British Netflix’ – in other words a premium SVOD service that would involve reserving rights to library content – and possibly new original content too – and selling access for a monthly fee.

The UK is not unique in this. French broadcasters’ plans for Project Salto are still very much taking shape, with competitors such as Canal+ expressing scepticism that such a plan would be workable. France Télévisions director-general Delphine Ernotte this week said that the pubcaster would no longer distribute full programmes on YouTube, while TF1 and M6 broadcast chiefs Gilles Pélisson and Nicolas de Tavernost lambasted the unequal competiton faced by broadcasters from internet giants and called for regulators to create a more equal playing field.

Spain’s public and commercial broadcasters have meanwhile banded together to create something similar to Brit Player on a more modest scale: LOVEStv, which launched this week, will offer seven-day catch-up content from RTVE, Mediaset España and Atresmedia, while a still vaguely defined plan for a broader OTT TV offering in the longer term hangs in the air.

Back in the UK, the other top note in White’s speech was a renewed call for investment in local content that reflected the UK’s diversity, something she suggested could partly be realised by collaboration between PSBs and the FAANG companies that need to build up their local content libraries.

Whether this approach can be reconciled with developing an independent digital offering or will simply feed the beast that devours public service broadcasting remains to be seen. Certainly, if broadcasters want to develop a ‘British Netflix’ with mass appeal, it will need rights to recent, attractive original content rather than older library fare that currently finds its way to the free-to-air platform. Again, how the BBC’s involvement in such an effort could be reconciled with its public service remit remains challenging. As Ofcom’s White put it in one part of her speech that few would take issue with, “none of this is simple”.