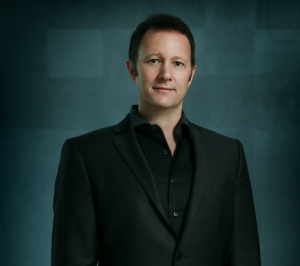 What do such disparate brands as CBS All Access, CrunchyRoll, WWE Network and Eros on Demand have in common?  All of these are specialised OTT-delivered SVOD services with over one million subscribers, and are growing fast.

Not so long ago, people were still skeptical about Netflix’s future. That time is past, and it’s no longer Netflix, but a number of other SVOD services, including Blim in Latin America, Now TV in Europe, ShowMax in Africa, and iflix in Asia, that show incredible promise. It strikes me that not only is this phenomena unremarkable, but it follows a pattern. When in the midst of an era of disruption in distribution technologies, services offering all genres, and all things to all people, come to firmly root themselves into the new firmament.

However, this is just the beginning of a cycle. As we’ve seen again and again, once the “generalist” services emerge, it isn’t too long before the specialist or niche services arrive, often eclipsing the generalist pioneers.

Within a very short period of time we’ve seen the launch of quite a few specialised app-based services that have taken off in a big way. These niche services are already beginning to demonstrate that they are a more flexible and inexpensive way for consumers to enjoy content. In fact, I believe they will become one of the predominant forms of TV viewing in the future; over linear TV, certainly, but also competing subscriber by subscriber with generalised OTT services like Netflix.

As we’ve all observed, there are a number of reasons for the rise in OTT in recent years. First, we have to look at the technological advances — from broadband penetration and speed, to smart phones and tablets, and now to connected TVs. These devices are making it easier by the day to find and access apps. Add to that the emerging role of services like Amazon Instant Video, which markets third-party SVOD services to its tens of millions of prime members, and it only compounds this growth.

And then there are the economic changes in the TV business itself. Launching a new linear channel in much of the world has become virtually implausible. Worldwide, linear sub growth is slowly falling, stalling, or inching upwards sluggishly where broadband penetration is still low. Revenue for many operators is declining, putting pressure on fees to programmers. At the same time, viewers are simply not clamouring for more channels. In fact, they are tapering off by the millions, preferring less expensive and easier-to-navigate offerings.

But, unlike in traditional TV where channels debut programming on a seasonal basis and can ride the ratings wave of a strong series for months, “generalist” SVOD services centre much of their key value proposition on “binge viewing” that may only get a few weeks of peak viewership glory, which means having to spend heavily to bring in new programming on more accelerated basis than traditional TV. This is a crucial point because these investments will necessarily increase more and more every year. We can already see this slippery slope with Netflix, which is now reporting that 50% of its content will be original as soon as next year.

For people who want to watch niche shows on the generalist OTT services, it will become increasingly frustrating with more content to sort through and already challenging navigational interfaces. Moreover, by investing even more heavily in high-value original content, it will be an unwise and undisciplined investment to continue to specialize in every genre of niche content. Generalist SVOD, like any consumer-facing retail business, cannot be all things to all people. It’s akin to finding a fine wine in a Walmart where you have to wade through a 30,000 square foot megastore and may not even find what you really want. It may actually be there, but why get lost in that mess?

This is where the advantage of niche, OTT-delivered SVOD channels comes into play. Never before when we’ve been through vast disruption of the media landscape have we seen niche programmers vanquished by the generalist offerings. In fact, a case could be made that niche services have succeeded because of generalist services. Wasn’t this the very foundation of cable services that offered specialty music (MTV), sports (ESPN), and documentary (Discovery), channels along with the generalist broadcast networks? (In fact, essentially the same thing occurred last century in the World Wide Web, and a century before in the magazine business.) Niche viewers are more passionate and willing to spend hours engaging with their content. Indeed, in a world where broadband penetration will soon exceed traditional video subscription penetration, we are only now just beginning to scratch the surface.

If you look at our past, and even recent, media history, we can safely predict that the generalists in SVOD will continue to subsist, just as generalists like CBS have for decades. But by the same token, so will the specialised players. The niche SVOD paradigm offers too many benefits to content owners, programmers and consumers alike not to succeed, if only because its focus, and therefore, its self-selection of product, means less product cost. At a lower price than Netflix, which most of these specialised SVOD services retail for, and their compelling offerings a very easy tap away, the numbers will climb. From a behavioural economics point of view, at merely cents per day for many of these vertical SVOD services, pricing for multiple apps (and the fact that consumers might wind up paying more in the aggregate than they are today), may still not amount to the impediment that some speculate. Just look at the growing number of paid-for apps on a typical smartphone, especially amongst younger people. The sky is the limit.

Bruce Tuchman is a global media investor and advisor. He is Chairman of the Board of the Americas Fund for the London School of Economics, a Board Member of Parrot Analytics Inc., and a Senior Advisor to iflix and AMC Networks.