Simon Trudelle, senior director, product marketing at Nagra, explains why IPTV piracy and Kodi plug-ins are the biggest threat to the pay-TV industry 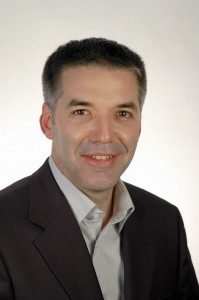 The pay-TV industry has always had a fight on its hands with piracy.

From smart cards and cloned cards to control word sharing and even footage filmed in the back rows of cinemas, piracy has evolved time and time again over the years. Recently, we’ve witnessed yet another incarnation – IPTV piracy and Kodi plug-ins. This kind of piracy represents a more complex and costly issue for providers than ever before.

Previous kinds of TV piracy required, on the whole, some degree of specialist knowledge and equipment for pirated content to be distributed and accessed. Take modified original smart cards (MOSC), cloned cards, or other forms of forms of signal piracy, for example. These were relatively complex for consumers to engage in because they required specialised skills like smart card reprogramming. But now, IPTV services and Kodi plug-ins have completely altered the landscape. The latest high-definition blockbusters were never readily available at low cost (or for free) – nor were they distributed in such an insidious way. Today they are.

IPTV services and Kodi plug-ins mimic legitimate services, often featuring coherent, well-designed user interfaces. Many use EPG menus, a format familiar to most TV viewers. They’re also usually Android or Linux-based – legitimate, user-friendly operating systems with reputable brand recognition. And for the more tech-savvy user, they offer a level of customisability – consumers have the option to add extra content-specific plug-ins as if they were choosing their own subscription plan.

The result of this? The line between piracy and legitimate services has been markedly blurred. The now typical features of these illegal services combine to create a unique, attractive user experience. Some even offer customer support and troubleshooting functions thanks to the help of open source tools. Because of these sorts of features, it is becoming increasingly difficult to distinguish between legal services and their pirated counterparts. Why would consumers have any reason to believe their service is illegitimate?

The insidious nature of IPTV services and Kodi plug-ins isn’t the only threat it poses. The kinds of content it affects is also something both producers and distributors should consider. These illegal services hit high-budget and premium content programming hardest, as consumers look to circumvent paywalls and charges for high-quality content. HBO’s award-winning Game of Thrones was the most pirated TV show of 2016, while live football – the leading source of pay-TV revenue – is consistently pirated not just in the UK, but all over the world.

If this continues at the current rate, it may be likely to dissuade content producers from investing such large sums in the creation of premium content. Consequently, there will be less high-budget attraction content to form part of a provider’s service offering. In turn, if certain pay-TV providers lack the sufficient anti-piracy measures to safeguard content that is likely to be pirated, why would producers entrust them with in the first place?

Whether or not anti-piracy measures are within their budget, the changing state of piracy will force pay-TV providers to act sooner rather than later – strategies for tracking and preventing piracy are becoming a bigger priority whether providers like it or not. Rather than focus on, say, improving hardware or increasing subscriber base, providers will now have to think about other areas of the business – from forensic watermarking and intelligence to monitoring and even resources for legal action.

In addition, providers are increasingly faced with the uniquely unsettling task of directly competing with illegal services – not just in terms of pricing but also the range of content on offer and even the user experience. In Latin America and the Caribbean, pay-TV providers’ number-one competitor is pay-TV signal piracy.

So what does the industry need to do about IPTV services and Kodi plug-ins? Well firstly, content owners and distributors need to accept there is no silver bullet for tackling this form of piracy – it entails industry-wide collaboration on a number of fronts.

One piece of the puzzle is NAGRA‘s Anti-Piracy Intelligence Portal – a monitoring platform that offers a real-time view of worldwide online piracy trends, threat statuses, plus news and in-depth reports. Providers can obtain details of the illegal services impacting their content, along with information on the infrastructure behind illegal services.

In the meantime, distributors also need to ensure the quality of their service, from the user experience to the range of content offer, is the best it can possibly be. If piracy is blurring the line between legitimate and illegal services, it’s up to providers to re-establish the boundary between pirated content and the real thing.