The broad outlines of cable operators roadmap to deliver 10G broadband speeds is rapidly taking shape, although with differences in timing between the US and European markets, according to cable tech outfit Teleste. 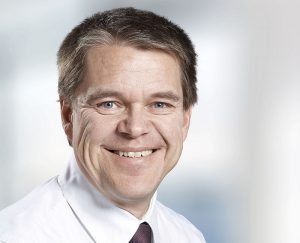 Speaking to press at ANGA COM, Hanno Narjus, SVP of Teleste Networks, said that while in Europe, DOCSIS 3.1 over 1.2GHz networks had been rolled out since 2015, the US has been mostly limited to 1GHz.

COVID and remote working has caused upstream traffic to spike creating pressure in the US to build more upstream spectrum especially, he said. As a result, while 1.2GHz deployments are now happening, US MSOs seem increasingly likely to skip this stage and go straight to 1.8GHz as the technology becomes mature.

“That spectrum is really crucial to upgrades in the US but there is not the similar sense of urgency in Europe to build 1.8GHz systems,” Narjus said.

Investment in distributed access architecture (DAA), in the form of Remote MACPHY nodes as well as DOCSIS 4.0 modems will follow the spectrum upgrades, he said.

Narjus said that passives and amplifiers in the coax part of the network, as well as cable modems, DAA nodes and central office service management and provisioning systems are all ultimately needed for upgrades.

He said that 1.2GHz passives are now being deployed and 1.8GHz passives are available. R&D cycles have moved to field trials and certification processes, for the latter, he said.

“This is the biggest category of devices that need to be replaced,” said Narjus.

Amplifiers are also close to being available, with 1.8GHz prototypes now working, and deployments expected in the second half of next year. “Amps are still in the labs but maturity is on the horizon,” he said.

DOCSIS 4.0 cable modems are a bit further out, and will require a four-year cycle to be available in volume, he said.

On the DAA front, DOCSIS 3.1 Remote PHY is deployed today, he sad, adding that DOCSIS 4.1 will move to Remote MACPHY. He saidi that the first prototypes have been shown but nodes will be mature in a similar cycle to DOCSiS 4.0 modems, he said.

Narjus said it would make sense for operators to start deployment of passives straight away as it would take years to replace existing equipment in the field, ahead of DOCSIS 4.0 modems becoming available.

Central office systems CMTSs will be replaced by virtualised functions in a similar timeline, he said.

DOCSIS 4.0 demos have been successfully completed by Comcast and Charter, with the latter using equipment from Vecima, Teleste and ATX.

Narjus said that the results of the Charter demo were successful, with 8.9Gbps on the downstream and 6.2Gbps upstream speeds being demonstrated.

“The aggregate speed we showed was about 15Gbps…so we showed that 10G is a real proposition,” he said.

Asked whether some operators might choose to migrate their networks to XGS-PON full fibre rather than invest in a further DOCSIS upgrade, Narjus noted that cable broadband has a 70% market share in the US, compared with a 20% share in Europe. It therefore may make more sense to deploy HFC technology in the US, while operators in some European markets may be tempted by fibre.

“There is more fibre competition and some markets will, in moving to 10G, look at XGS-PON rather than DOCSIS,” he said. “However there is no technology doubt that DOCSIS 4.0 could bring [the same results]. Capex would be smaller but there are other factors in the play. It is not just about engineering viability, but who will be connecting the household first with fibre. There will be some markets in Europe where fibre overbuilds will be the answer to 10G.”

While the move to 10G is in part driven by marketing requirements and the need to match fibre’s capabilities in terms of downstream and upstream speed, there is a wider need over time to invest in capacity as the volume of traffic continues to grow, said Narjus.

“You need to be able to cope with increase in traffic this over a 10-year [investment] cycle. Use of this capacity is not imminent but the upgrade will be needed,” he said.

Narjus said that “the jury is still out” in terms of the likely split in market share between XGS-PON and DOCSIS in Europe. In terms of the relative cost of upgrades, he noted that civil works are the most important element, something that favours DOCSIS. Availability of labour to build the networks will also be a key factor. However, if new techniques require less digging and ducting is available, the fibre case may become more attractive. On balance, said Narjus, he believes DOCSIS 4.0 will present a “more attractive” investment scenario.

Teleste used ANGA COM to showcase interoperable Remote PHY among other technologies. “Interop is very mature today,” said Narjus, adding that the company can integrate with its own video core technology with its next-generation broadband technology as well as that of other suppliers.

The company showed equipment in different form factors including for the German BK environment, with Narjus noting that 1.2GHz upgrades have not happened to the same extent in Germany as elsewhere in Europe. He said thatTeleste expects investment in 1.2GHz to kick off in the German market later this year.

The company also showcased its upgraded Luminato platform, which Narjus said reflected the fact that there is still a need for linear TV services over fibre. Digital headend, RF optics, video modules and other equipment are available to show how this can be done, he said.