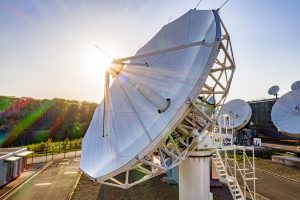 Satellite operator SES has turned in what it described as a ‘solid start’ to 2021 with slightly lower first quarter revenues and higher profits at constant currency.

The satellite operator posted revenues of €448 million for the first quarter, down 1.6% at constant currency, with underlying revenue down 3.9%.

The core – but declining – video business contributed revenues of €251 million, down 6.4% including the planned impact of lower US wholesale revenues. Declines in volume in mature European markets was to some extent offset by growth in HD+ in Germany and in sports and events.

SES’s other business lines also saw small declines in revenues, with the exception of mobility, which saw a 9% increase.

The company turned in adjusted EBITDA of €274 million, up from €268 million last year.

“Our Video business continues to deliver long-term value for customers as demonstrated by the most recent deal announced with long- term partner Sky UK, valued at around €85 million. We have continued to see customers transitioning from SD to HD in the quarter and achieved year-on-year growth of HD+ in Germany. Our Networks business has performed well, on the back of strong growth in Mobility and an encouraging volume of wins across Government and Fixed Data that support our expected uptick in growth,” said CEO Steve Collar.

Collar also highlighted the prospects of future growth with the launc of SES-17 and further rlaunches for low-Earth orbit subsidiary O3B mPOWER.

SES also expects to trigger the remaining accelerated C-band relocation payment of US$3 billion at the end of this , with an additional clearing deal with Verizon likely to net it US$170 million.