Roku and Apollo in bid for minority stake in Starz 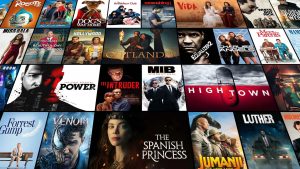 Roku has partnered with private equity firm, and former Endemol Shine co-owner, Apollo Global Management to bid for a minority stake in US pay-TV and streaming service Starz.

Lionsgate, which owns Starz, revealed in November that it was considering selling or spinning off the service, which is home to dramas such as Outlander and Power. The Jon Feltheimer-led firm acquired Starz in 2016 for $4.4bn, but the move has been far from profitable, with the combined company now valued at just over $3bn.

Lionsgate vice chairman Michael Burns admitted in a call with analysts last year that recent deals such as Amazon’s acquisition of MGM and Candle Media’s deals for outfits like Moonbug and Hello Sunshine had given company execs “confidence that exploring alternate paths is prudent.”

He said that he saw “opportunity to potentially unlock significant shareholder value” by separating the two companies.

The first round of bids for Starz is understood to have been made several weeks ago, with other interested parties said to include DirecTV, according to the Wall Street Journal, which first reported the bid.

It is unknown what percentage of Starz is up for grabs; the Journal suggests up to 20%, but reports that the companies have disagreed with Lionsgate on the value of the stake.

Apollo, meanwhile, has been busy on the acquisition front, recently taking a stake in Lost In Space producer Legendary Entertainment, and picking up the media assets of Verizon. In February, the firm, which used to hold 50% ownership of Endemol Shine, before selling to Banijay in 2020, acquired US broadcaster Tegna in a $5.4bn deal alongside Standard General.

According to Lionsgate, Starz had 19.7 million global subscribers at the end of 2021, up 44% year over year, while also losing 1.7 million linear TV subs in the same year, for a total of 11.7 million.

“The acquisition of Starz by Lionsgate prefaced a series of mega-mergers between US companies focused on growing their direct-to-consumer business, but does not seem to have borne fruit,” said Tim Westcott, senior principal analyst at research group Omdia, commenting on the bid. “Lionsgate is maybe sitting on the fence in terms of strategy – is it an independent producer/distributor selling its content as widely as possible, or is it making a major play as a streaming business?”

Westcott further suggested that Roku and Apollo could bring “a bit more strategic direction as minority partners, with Roku’s AVOD business sitting alongside the Starz subscription business, which does seem to have found a niche in the US and in the international market.”