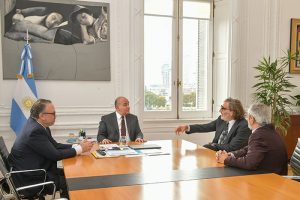 Mediapro secured a green light from the National Antitrust Comission (CNDC) to acquire the three channels, which passed into Disney’s ownership as a result of its acquisition of 21st Century Fox.

The channels, operating under the names Fox Sports, Fox Sports 2 and Fox Sports 3, have over eight million subscribers and produce more than 4,000 hours of original content annually, according to Mediapro.

Already present in Argentina in content production and audiovisual services, the group said its local unit has provided or will provide its services for events such as the Pan American Games and Parapan American Games in 2019 and 2023, the Conmebol, CONCACAF and Copa América competitions and the FIFA World Cup.

For the last five years, Mediapro Argentina has also produced and organized the LVP, the main eSports tournament in Latin America.