ProSiebenSat.1 CEO Rainer Beaujean has once again rejected the idea of a merger between his company and rival broadcaster RTL and has poured cold water on a wider consolidated play involving ProSiebenSat.1’s largest shareholder, MediaForEurope (MFE). 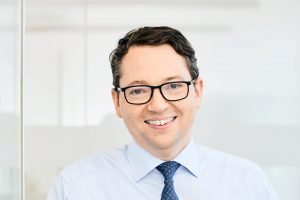 Speaking to the Süddeutsche Zeitung newspaper ahead of tomorrow’s AGM, Beaujean said that the existence of two competing commercial broadcasters was “good for the country” and highlighted the unlikelihood of Germany’s competition watchdog greenlighting a combination that would account for the lion’s share of the market.

Beaujean, who has consistently expressed scepticism about the value of cross-border media mergers, also poured cold water on the idea of a closer relationship with MFE, owner of Mediaset, majority owner of Mediaset España and ProSiebenSat.1’s largest shareholder.

He said that a “closer dialogue” with MFE would be positive but made it clear that he saw ProSiebenSat.1 continuing as an “independent company”.

MFE recently said it would not propose alternative candidates for the supervisory board of ProsiebenSat.1 to be elected at the shareholders’ meeting on May 5.

Earlier this month, the Italian company, said it was seeking a change in the voting rules at the German company’s forthcoming AGM that would enable the individual discharge of executive and supervisory board members in place of collective approval or rejection.

However, MFE has now said it “believes a potential public controversy on the composition of the Supervisory Board is not in the best interest of ProsiebenSat.1 and its stakeholders” but noted it would have preferred “a transparent process in which the views of material shareholders on potential candidate profiles and diversity are heard”.

MFE said it would support the proposed election of Andreas Wiele as member and future Chairman as “a first tangible signal of a change in the company’s governance”.

In addition to expressing hostility cross-border mergers, Beaujean has also consistently rejected a merger with RTL, pointing to both the antitrust hurdle and to cultural differences between the two companies.