Nielsen: streaming’s share of TV viewing at all-time high in US 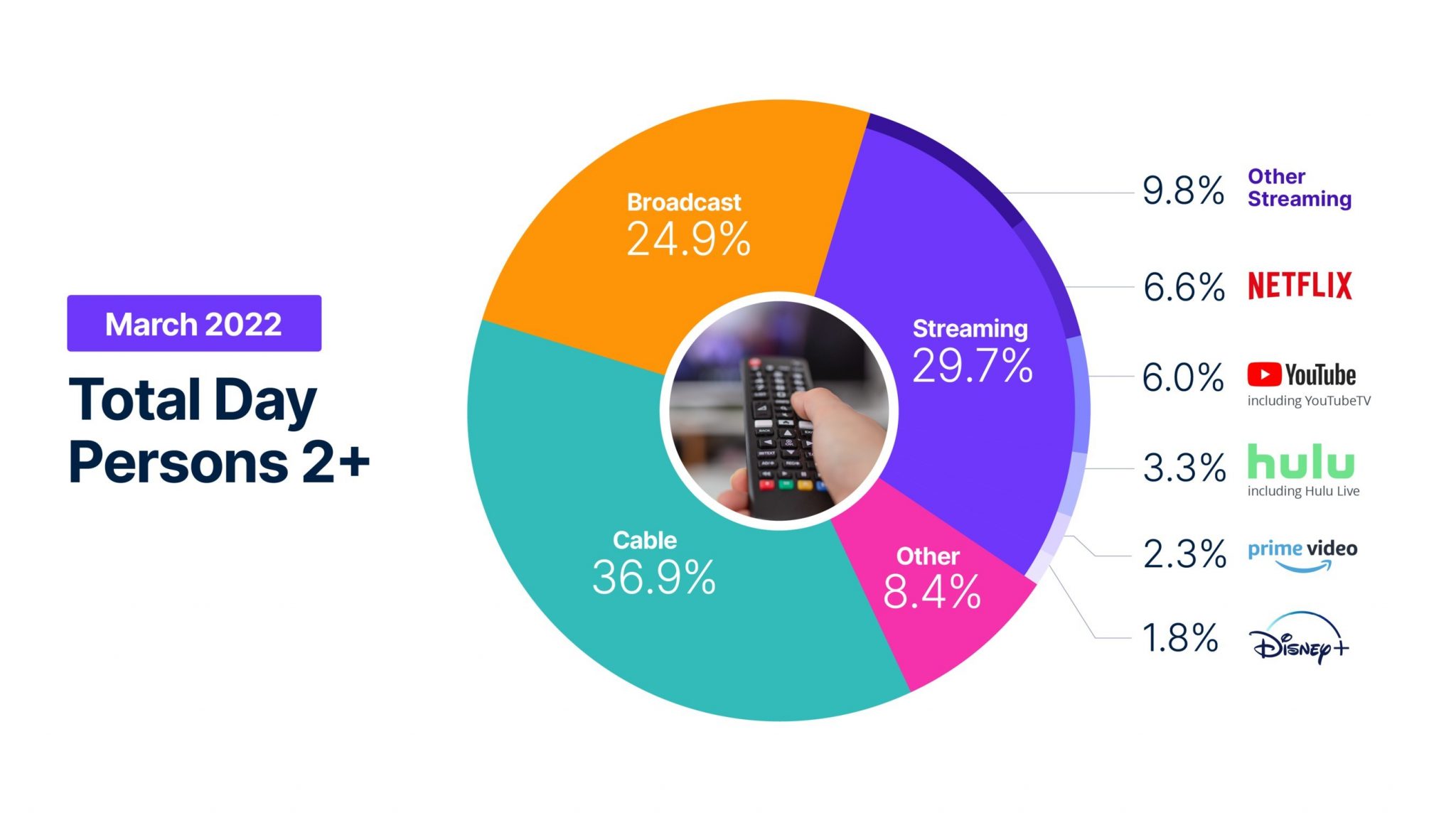 Streaming captured its largest-ever share of total TV usage in March in the US.

According to monitoring firm Nielsen, streaming made up 29.7% of overall television viewing time in March 2022. Cable viewing still made up the majority of TV usage in the market, with 36.9%, while broadcast viewing was down 1.1% from February to 24.9%.

The decrease in broadcast viewing is largely attributed to a lighter sports calendar, with February featuring the Winter Olympics and Super Bowl.

Overall, total TV usage in the US was down in March by 4.2% from February. Cable news viewing drove a 1.6% increase on Cable, up 14% and accounting for 21% of all cable viewing due to coverage of Russia’s invasion of Ukraine.

In terms of streaming, Netflix made up the majority of viewing time with 6.6% of all time spent watching TV in March. YouTube, including YouTube TV, followed at 6%, while Hulu, Prime Video and Disney+ made up 3.3%, 2.3% and 1.8% respectively. Other streamers, such as Paramount+, HBO Max and Peacock made up 9.8% of all TV viewing in the period – up 0.3% as alternative streamers gather steam.